Mortgage Purchase Applications Fall Off A Cliff In May

Although home sales surged in April there has been a 40 percent drop off in mortgage purchase applications, to the lowest levels since 1997. May is typically the high point of the spring buying season and some analysts think this could be a sign of trouble for the housing market. The following post from The Mess That Greenspan Made has more.

That’s funny. We were out and about yesterday mornin 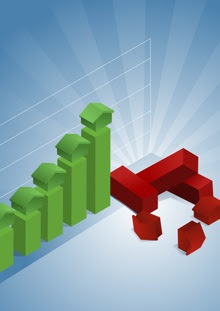 g when they were talking about the surge in April pending home sales on CNBC, a result of buyers racing to get their sales contracts signed before the tax credit expired, and we heard nary a word on the XM radio feed about a housing double-dip, CNBC anchors fawning instead over rising stock prices.

Everybody take a nice long look at today’s Pending Home Sales Index from the National Association of Realtors, because it’s just about the last positive picture we’re going to see for a while.

Yes, the index rose even more than expected, as buyers rushed in to take advantage of the home buyer tax credit.

And yes, those numbers will show up in Existing Home Sales in May and June, but then look out.

This index is based on contracts signed in April, and that’s how the credit was set up; you had to sign your contract by April 30th and close by June 30th in order to get your $8000 if you’re a first time buyer and $6500 if you’re a move up buyer.

And then came May, traditionally the height of the spring housing season.

Mortgage applications to purchase a home began to sink. Now, four weeks later, mortgage purchase applications are down nearly 40 percent from a month ago to their lowest level since April of 1997. Yes, you can argue that a larger-than normal share of buyers today are all cash, but those are largely investors.

That means real organic buyers are exiting in droves.

Yikes! Apparently there was more to the story than which stock sectors might benefit most from the rebound. It’s always an odd experience to look at economic data like this through the mainstream financial media lens rather than the more discerning view of alternative media such as blogs. Olick was no doubt on the air at CNBC sometime yesterday and may have even talked about a double-dip, but that was probably just a brief foray back to reality.