A Long-Term Shortage In Housing Supply?

Some economists are forecasting an eventual shortage in housing supply based on the lack of new homes being built. They suggest that current pace of new home construction is about half of what is needed to keep with population growth over the long-term. See the following post from The Mess that Greenspan Made.

Regular economists are bad enough, b 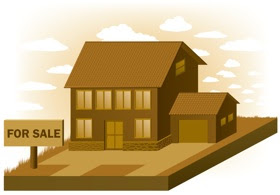 ut when someone calls themself a “real estate economist” you just know that what they’re about to tell you is probably wrong and, if you’re the betting type, you could probably make some money wagering against them. A case in point comes via this story in Money Magazine where one real estate economist thinks the nation will soon be facing a housing shortage.

As the nation struggles to shrug off the worst housing crash since the Great Depression, it may be hard to believe a housing shortage could be on its way.

The nation is simply not building enough homes to keep up with potential demand. Just 672,000 new homes were started in April, less than half the long-term run rate needed to meet the nation’s natural population growth.

“It is ironic, but there is a growing consensus that there may be a new housing shortage coming,” said James Gaines, a real estate economist with Texas A&M.

So far, the shortfall has been masked by a weak economy that has put a damper on homebuying. Once the job market rebounds, however, people will look to have their own homes again. This pent-up demand could get unleashed on unprepared markets, causing shortages and rising local prices.

My guess is that the “growing consensus” exists only the head of one James Gaines, a point that becomes more clear when you consider how quickly this real estate economist dismisses the 7+ million overhang of foreclosed homes set to hit the market in the years ahead as being undesirable due to their condition or their location.