Faced with mounting deficits, some European countries have made recent moves to reduce government spending and raise taxes in order to stave off bankruptcy and restore confidence in their currencies. While the US continues to engage in deficit spending, that left unchecked can lead to unpalatable consequences. See the following article from Dollar Collapse for more on this.

On its long journey to the land of bankr 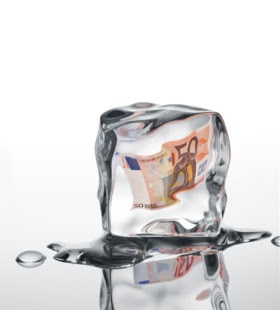 uptcy, the Western world recently arrived at the last and most important crossroad. One branch led to a 1930s-style collapse under the weight of already-accumulated debt, while the other led to hyperinflation, as printing presses ramp up to stave off collapse.

The U.S. didn’t even slow down; it instantly veered down Inflation Lane and has spent the past couple of years nationalizing everything in sight with newly created paper. Europe, on the other hand, has been vacillating. After keeping the U.S. company for a while, it got a little glimpse of what lies ahead: loss of confidence in the currency that’s being inflated away — and career change for the responsible politicians. With a plunging euro and pound threatening to make future borrowing prohibitively expensive, they’ve headed back to the crossroad and taken the other path, and are now cutting spending and raising taxes in an attempt to restore confidence in their currencies. See:

European Central Bank board member Christian Noyer on Sunday said France’s aim to bring its budget deficit down to 3 percent from 8 percent of GDP by 2013 was realistic.

Noyer was echoing a similar pledge by Prime Minister Francois Fillon at the weekend who said France planned to cut its deficit by 100 billion euros over the next three years, in part by slashing expenditures and eliminating tax exemptions.

Europe embraces the cult of austerity – but at what cost?

Eurozone finance ministers were still committed to spending their way to recovery only a few months ago. Then came the Greek debt crisis, which threatened to engulf the continent. Despite warnings from the US, Britain and its EU neighbours are braced for unprecedented public sector cuts

So the questions become:

Is it too late to stave off the collapse of systems burdened by debts and public pension obligations that dwarf the economies themselves?

Will the voters who lose benefits or pay higher taxes under the new austerity plans put up with it?

Will the slowdown that inevitably results from sucking 5%-8% of GDP out of the public sector lead panicked European governments to cut across the nearest open field to catch up with the U.S.?

Based on how much these guys owe and the immensity of their future obligations, it’s a near-certainty that all three questions will be answered in chaotic, unpleasant ways. Which illustrates the key truth of the modern world: When you borrow too much money your life becomes unmanageable and your choices unpalatable.

This article has been republished from John Rubino's blog, Dollar Collapse.
Posted by: NuWire Investor @ 5:53 AM

It is a balancing act, if borrowing increases too much, markets may fear borrowing is out of control.