Why Inflation Is Far Better Than The Alternative

James Picerno from The Capital Spectator discusses the options governments have in times of financial crisis, and why the Eurozone countries are choosing the option of inflation. While inflation is often given a bad name, the Great Depression showed us that the results of deflation could be far worse. See the following post from The Capital Spectator. 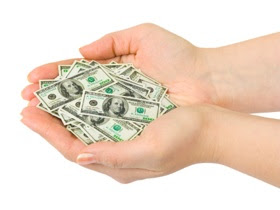 Fiat currencies ultimately succumb to the follies of government largess, but the denouement rarely comes quickly. So it goes that the rumors of the euro’s death have been premature.

No government will sit idle as its currency struggles with survival. The template for life-giving resuscitation is, in the 21st century, widely recognized and practiced, albeit in various forms with various results. But in the grand scheme of monetary policy, there are two basic paths available when a currency comes to the strategic fork in the road. One is to let the natural market forces have their way in times of economic contraction. This choice allows prices to settle on the point of equilibrium, which is to say fall. But letting supply and demand take control is political suicide at some point. Deflation, in short, is unacceptable to the citizenry, and understandably so in a world of debt. Did anyone really believe that the European Central Bank and the various governments on the Continent would allow Greece, a tiny sliver of the eurozone’s economy, bring down of the world’s leading currencies?

The solution, as any student of financial and economic history knows, is the time-tested device known as inflation. Fiat currencies are, by definition, a flexible beast. They exist solely by government decree. If the state has the power to create a currency, it also retains the power to revive it when economic turbulence arrives. Indeed, the raison d'etre of fiat currencies is to elevate inflation when the alternative is unacceptable. Reflation, in short, is every currency’s savior in times of turmoil.

The last time central bankers and governments attempted the alternative in any meaningful way was the early 1930s, when a variant of the gold standard was in force. Suffice to say, that policy path had its problems. As Barry Eichengreen writes in astute book Golden Fetters: The Gold Standard and the Great Depression, 1919-1939, “the gold standard itself was the principal threat to financial stability and economic prosperity between the wars.”

The gold standard is a potent tool for keeping a lid on inflation, but it’s not much use otherwise. No wonder, then, that when a currency (or an economy) needs inflation (or less of deflation), the gold standard can be downright lethal. The gold standard is the antithesis to a flexible monetary policy. That can be a net plus at times, perhaps most of the time. But it threatens heavy economic pain every so often, and every economy ultimately cries uncle at some point. In that sense, the gold standard is impractical since it's politically unacceptable at certain points in the business cycle.

The euro isn’t linked to gold, of course, but below every fiat currency is the potential to step closer to a de facto gold standard. The governments of Europe have been facing such a decision in recent months amid the collapsing fortunes of Greece. Tethered to the euro, the Greek economy is effectively chained to a gold standard, albeit one imposed by the folks in Brussels rather by the barberic metal. Devaluation of the currency (a.k.a. inflation) is impossible for Greece, just as it was for the U.S. in the early 1930s pre FDR. That shifts the pressure elsewhere. Economic adjustment is inevitable in times of crisis. If not with reflation, then where? In the 1930s in the U.S., under a gold standard, there was only one way out, as economics professor Randall Parker explains in The Economics of the Great Depression. In essence,

…economic agents should be forced to re-arrange their spending proclivities and alter their alleged profligate use of resources. If it took mass bankruptcies to produce this result and wipe the slate clean so that everyone could have a fresh start, then so be it. The liquidationists viewed the events of the Depression as an economic penance for the speculative excesses of the 1920s. Thus, the Depression was the price that was being paid for the misdeeds of the previous decade. This is perhaps best exemplified in the well-known quotation of Treasury Secretary Andrew Mellon, who advised President Hoover to “Liquidate labor, liquidate stocks, liquidate the farms, liquidate real estate.” Mellon continued, “It will purge the rottenness out of the system. High costs of living and high living will come down.”

Something similar awaits Greece, assuming it remains in the euro. The governments of Europe recognize the pressure and so they seek to ease Greece’s burden by offering reflationary support to ease the pain of the de facto gold standard. Nearly $1 trillion of reflationary spending is reportedly on its way.

In some respects this is a grand experiment. Can Europe maintain the euro, and its gold standard-like pressures on Greece and at the same time direct reflationary help to the ailing economy? To the extent that Greece represents a threat to the survival of the euro, it’s all but certain that European governments and the ECB will contain the threat. But at what cost? Greece will either be forced out of the euro (an unlikely scenario) or reflationary efforts will ease the pain by devaluing the euro vis a vis the dollar. Then again, the dollar has its own inflationary baggage if we look forward into the medium- and long-term future. Is one more burdensome than the other? The market has its work cut out for making a distinction.

The details will be messy, as they always are. But if the choice is inflation or deflation, we know how this story ends. Governments don’t willingly embrace deflation in the wake of the Great Depression, the last time that policy was embraced. Inflation is an easier pill to swallow…in the short term. There are long-term consequences, of course.

Inflation is always the preference since the Great Depression. There are some compelling reasons why that’s so. But it’s hardly a free lunch, even if it appears to be at the moment.