Can Republicans Dismantle Fannie and Freddie?

A new proposal by three Republican senators aims to remove public support of the mortgage giants and require them to repay bailout money. Lauren Tara LaCapra from The Street explains why this proposal is highly unlikely to succeed. See the following article from The Street. 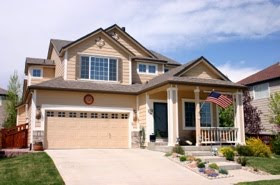 Sens. John McCain (R., Ariz.), Richard Shelby (R., Ala.) and Judd Gregg (R., N.H.) have proposed an amendment to the financial reform bill that would put an end to Fannie and Freddie's hybrid status as government-guaranteed, shareholder-owned entities. The proposal would accomplish this by simply winding them down, over a period of more than 10 years.

The McCain-Shelby-Judd amendment would also require Fannie and Freddie to repay the tremendous amount of support they will have received from taxpayers. One can assume that figure will reach at least $400 billion by the time their mortgage losses abate, since the Treasury Department lifted the firms' bailout cap from that level to an unlimited amount in December.

Imagine that: A privatized mortgage market, with no implicit or explicit taxpayer risk, and the largest bailout fully repaid. Keep imagining, because it's not going to happen.

It's hard to tell whether Republicans really want to reform Fannie and Freddie, or whether they're using the firms to further stall financial reform legislation. Either way, Democrats have made it clear that Fannie and Freddie are not going to be on the agenda until next year.

Furthermore, the Obama administration would like the government to keep playing a major role in housing finance, according to comments by Treasury Secretary Tim Geithner before the House Financial Services Committee in March.

The head of that House committee, Barney Frank (D., Mass.), was arguably the man most responsible for Fannie and Freddie's collapse, apart from their management. Frank and his congressional colleagues pushed the government-sponsored enterprises further into subprime ahead of the housing market's collapse, famously shrugging off any suggestions that it might be a bad idea.

Frank now seems to take seriously the need for Fannie-Freddie reform, as does his senatorial counterpart, Chris Dodd (D., Conn.) -- perhaps because they have little choice. Dodd spearheaded the broader financial reform bill that's now being hotly debated in Congress. Republicans are hammering away at all fronts, and criticism has recently heated up in the media about the lack of any Fannie-Freddie reform proposal.

"It's not entirely surprising that [Fannie and Freddie] haven't been taken up in the Dodd proposals because it's going to be a more complicated issue with them," says Robert Hockett, an expert in financial law and economics at Cornell Law School. He adds, however, that "no set of financial regulatory reforms that didn't at some point address Fannie and Freddie could pretend to be complete."

But there's a wide gap between Democrats' idea of reform and Republicans'. Oddly enough, Democrats fall more in line with industry proposals that would have the government continue its deep involvement in the mortgage market. Taxpayers would still guarantee losses, just explicitly rather than implicitly.

What's more preposterous is Frank's recent deflection of criticism. In a memo to other Democrats, Frank said the GSEs have already improved their underwriting standards and implied that losses related to old loans are irrelevant.

"This is an important point that has to be repeated -- as Fannie and Freddie operate today, going forward, there is no loss," Frank wrote. "The losses are the losses that occurred before we took the first step towards reforming them -- we the Democrats -- and nothing we could do today will diminish those losses."

Dodd was another Fannie-Freddie cheerleader during the housing boom, but has stepped back from the debate as he prepares to retire in the fall.

The truth of the matter may be, as Barry Sloane, CEO of Newtek Business Services, puts it: "They were huge Fannie Mae and Freddie Mac proponents, and for them to say we need to shut this down, that would be admitting a legislative failure."

The Obama administration has been largely silent on Fannie-Freddie, too, seeming to think it's best to let sleeping dogs lie until after midterm elections. But it's not clear that ignoring Fannie and Freddie will win Democrats any goodwill -- at least not among voters who are old enough to recall the firms' recent history.

There were the Clinton-era hearings about Fannie and Freddie's inherent dysfunction as taxpayer-guaranteed, investor-driven entities. Then there were the accounting scandals of the early '00s. Then there was the ultimate collapse and the ensuing losses that have amounted to $145 billion to date.

Combine that profligacy with the wave of Tea Party fervor, widespread concern about the deficit, anger about financial bailouts and economic difficulties, and Democrats' pussy-footing around Fannie and Freddie may not help their cause much.

As one presumable Baby Boomer commented on an earlier TheStreet story about Fannie and Freddie: "In my crowd of angry old white men...the subj[ect] of these two 'agencies' come ups quite often."

On that note, it's worth considering how Fannie and Freddie have affected the political trajectory of certain politicians, via campaign donations. While the two entities have been barred from donating since falling under government conservatorship in September 2008, the Center for Responsive politics performed an analysis of Fannie and Freddie's campaign donations over the previous decade.

Dodd topped the list, with $165 million, followed by Obama, with $126 million -- a shocking amount, considering his brief stint in Congress vs. Dodd's more than a quarter century by that point.

Democrats received 57% of the Fannie and Freddie donations from 1989-2008, though the top 10 recipients were split evenly among Democrats and Republicans. Shelby, for instance, raked in $80 million in total donations, ranking at No. 9, whereas Frank came in at No. 26, with $43 million. McCain got $25 million; Gregg didn't receive any funds. The Washington Times' conservative editorial page also points out some interesting connections between the GSEs and former officials from the Clinton and Obama administrations that may have bought some good will on Capitol Hill.

In any case, Republicans are charging full steam ahead with their agenda to derail Obama's reform overhaul. And for one shining moment, political motivation seems less important than the ultimate goal: meaningful reform to the terribly broken housing-finance system.

Democrats will likely argue that the housing market is too frail today and too important ultimately to have the government step away.

It's true that Fannie and Freddie must keep playing their current roles for the foreseeable future. Otherwise, the housing market's nascent recovery would fall to shreds. But the McCain-Shelby-Gregg plan provides ample time for a full recovery, even under the most bearish forecasts. And few would argue that the private market couldn't step in to fill Fannie and Freddie's shoes over a period of at least 12 years.

"At the end of the day, it is extremely important that the private sector has to provide capital and be the bigger player in industry than the government," says Sloane.

On a philosophical level, when it comes to homeownership -- and losses that have resulted from recklessness of the past -- it seems time for a reckoning to come.

Eric Donnelly, managing partner of Urban Commercial Mortgage, has a suggestion for the American dream that ignores a borrower's ability to repay a loan: "Homeownership is not for everybody and there's a real argument to be made for renting."

Democrats in Congress and the White House should take note of that when structuring their counterproposal. Too bad they probably won't.

This post has been republished from The Street, an investment news and analysis site.
Posted by: The Capital Spectator @ 5:57 AM