Rapid Inflation In China Not Expected To Increase US Prices

Although inflation is growing at a worrying pace in China, it is expected to have little impact on the prices of consumer goods in the US. Chinese imports only equal 2 percent of the overall US economy. See the following post from The Mess That Greenspan Made.

Don’t get too excited about the prospect of risin 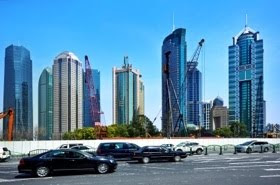 g prices in China starting to show up at your local Wal-Mart. One of the most misunderstood aspects of our global economy is that, higher prices in Asia doesn’t translate directly into higher prices for consumer goods in the U.S. due to a host of factors. Details are provided in this New York Times story today.

Inflation has arrived in China. And after Tuesday’s release of crucial financial statistics by China’s central bank, few economists expect Beijing officials to be able to tame rising prices any time soon.

While American importers of Chinese goods will feel the squeeze, the effect on American consumers may be more subtle and the overall impact on U.S inflation may be minimal.

There are simply too many other markups along the way — from transportation to salesclerks’ wages — that affect the American retail prices of Chinese-made products. Excluding those markups, imports from China are equal to little more than 2 percent of the overall American economy.

The bigger consumer impact is in China itself. As China’s booming economy enables more of its own citizens to buy the goods pouring out of its factories, Chinese consumers are feeling inflation directly. And Beijing is increasingly worried about the social unrest that could result.

In China, consumer prices were 5.1 percent higher in November than a year earlier, according to government data. And many economists say the official figures actually understate the rate of inflation, which might in reality be twice as high.

Rapid money supply growth (due in large part to a $2 billion per day habit of exchanging newly printed local currency for foreign currencies such as the dollar), rising wages, rising prices for imported commodities, and other issues make taming inflation in China today a difficult task. Perhaps their best bet would be to begin more serious tinkering with their inflation statistics to produce a low number regardless of how fast prices actually rise – that’s worked wonders for the U.S. over the last few decades.