The Fed is planning to continue its aggressive monetary policy while the unemployment rate is still elevated. Tim Iacono points out that history shows that the Fed tends to loosen monetary policy at a rapid rate but tighten much slower, which often leads to asset bubbles. See the following post from The Mess That Greenspan Made.

This Bloomberg headline raises a question that is hea 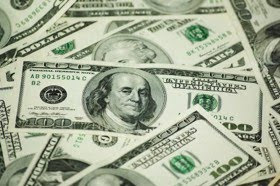 rd far too infrequently these days about the Federal Reserve and how it conducts monetary policy:

Put simply, when it come to taking their foot off the accelerator, the central bank has a pretty good track record of doing that quite deliberately and when it comes to tapping on the brakes, that seems to come at a snails pace. More importantly, history is clear that, over the medium term, this has the effect of pushing prices for whatever asset bubbles they happen to be inflating at the time even higher before said bubbles eventually burst.

Sure, this makes for heightened volatility at first and there are bound to be big moves down in the early stages of a change at the Fed, but once the pace of tightening is understood, it’s off to the races for risk assets for a little while.

Remember the Greenspan Fed’s rate hike “baby steps” program that began back in 2004 and, every six weeks, provided more confirmation that nothing bad was going to happen to housing speculators until it all fell apart in 2007?

Remember the 1999 rate hikes that transformed a medium sized Nasdaq bubble into a monstrous one that burst in 2000?

Of course, talk of tightening is quite premature at this point as yesterday’s release of the Fed’s December meeting minutes showed that the FOMC is now in the process of debating whether to keep the accelerator nailed to the floor board or ease up a bit.

Right now it looks like we’ll have a “full throttle Fed” for the foreseeable future – at least until the jobless rate comes down from its 9.8 percent perch or Congress changes the central bank’s mandate to not concern itself with the labor market.

When the time does come to withdrawal its generous accommodation of the last few years, don’t look for anything other than a repeat of the Greenspan “baby steps” program to raise interest rates, oil and gold likely reaching about $150 a barrel and $2,000 an ounce around the time of the ninth or tenth baby step.

While the dismal set at the Fed might think that they are reining in speculators with these moves, rest assured that this is not what is happening as traders quickly realize that, at the current pace of tightening, they have x months to push asset prices y percent higher.

As shown below, we’ve seen this all before. 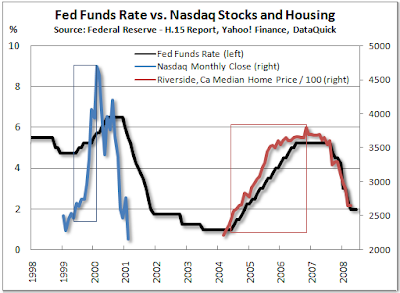 The big difference this time around is that there are trillions of dollars in Fed asset purchases to somehow unwind and interest rates aren’t at four percent or one percent – they’re at zero.

During the early stages of the tightening process the dismal set will think they’re actually applying the brakes, but these moves will be the equivalent of jamming a screwdriver into a wide open throttle to see if the engine can be shaken apart.

All the while, Ben Bernanke and crew will be talking about how they mustn’t make any bold moves lest the economic recovery be threatened by rising rates and then you’ll hear conventional wisdom quickly turn to “tolerating higher rates of inflation” for some period of time, again, to ensure that the recovery takes hold.

The Fed’s history of throttle control for monetary policy was not a good one under former Fed chief Alan Greenspan and, despite the minority dissent amongst voting board members this year, it is not likely to be any different under Ben Bernanke.