Renewable energy legislation looks to be absent from the tax cut stimulus package despite Obama's previous emphasis on the importance of green energy in stimulating job growth. While proponents are still hopeful that democrats will be able to add renewable energy in response to the high cost of tax cuts, energy is currently competing with a crowded legislative agenda. See the following post from The Street. 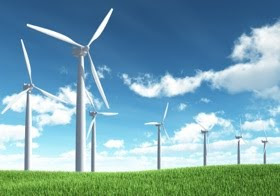 As President Obama's massive tax cut plan reaches its final stage of negotiations, renewable energy, one of the President's hallmark items, again finds itself a beggar at the Capitol Hill ball.

Both the solar and wind industry trade groups released the unwelcome, though not unsurprising news on Tuesday, that their year-long lobbying effort to convince Congress to extend the cash grant program for renewable energy projects looked likely to be a loser.

The solar and wind industries weren't giving up the fight for good, but the prospects for the cash grant program dimmed as it didn't make the final round of negotiations and would have to fight for legislative space as an "extender" item.

Extenders, as the one-off items added to large pieces of legislation are known, could still include renewable energy pet projects, but tax and political experts said the cash grant program, in particular, face daunting prospects in the legislative end game.

Keith Martin, a tax partner with Chadbourne & Parke who has worked with the renewable energy industry on federal incentive programs, said even though the situation on the Hill is fluid, and Democrats aren't pleased with the tax cut package, the fact that the cash grant program was not part of the final negotiations makes it that much more difficult now to add to the larger legislative vehicles. "It's pure politics now and people just elbowing their way into the package," the tax attorney said.

The elbowing is a good metaphor, as once again renewable energy finds itself competing with a crowded legislative agenda and coming up short in the end when fighting for space among the crowd of higher profile, or at least more politically expedient, items.

President Obama said at his press conference defending the tax cut plan on Tuesday afternoon that it had to be done protect American jobs and keep the economy moving forward.

Economists on Wall Street lauded the plan as exactly the stimulus that the U.S. economy needs. Yet this is also a President who has prided himself on making renewable energy a hallmark of job growth and economic competitiveness for the U.S.

At least for the 2010 legislative agenda, it looks like protecting tax cuts for the most affluent Americans -- while adding a little more to the wallet of the lower and middle class Americans -- is a more important economic and political calculus than the much-talked about importance of renewable energy as part of a 21st century capitalist model for the U.S. If that's the way it should be for now, it means that in the least, renewable energy backers need to hold the President's feet to the fire next year, if no significant renewable energy items make it as extenders in the current legislative package.

"This was an emergency stimulus program designed as part of an economic recovery package," noted FBR Capital Markets political analyst Ben Salisbury. "You either have to pay for it or add it to the deficit, and when you are trying to whip up a massive vote on controversial legislation, there is less worry about smaller items like that," the analyst said. "It's a pretty tough needle to thread," he added.

The impact of the cash grant program - and the fact that the renewable energy industry wasn't necessarily expecting to win this fight - could be seen in the decision by solar bellwether First Solar(FSLR) to begin constructing a solar project it had not yet sold in the third quarter, to make sure the project would be eligible for the cash grant.

First Solar isn't alone among the solar companies with an increasing reliance on large-scale solar projects in 2011. The list also includes SunPower(SPWRA_) and MEMC Electronic Materials(WFR_).

While the loss of the cash grant will impact smaller solar project developers to a greater extent than a giant like First Solar with a strong balance sheet and a high "bankability" rating, the bottom line will be more renewable energy projects competing for a smaller base of tax equity investors making project decisions based on the legacy IRS tax credit incentive. One fact previously sounded as an alarm bell for the impact of the loss of the cash grant program is that among big tax equity investors no longer around to fund renewable energy is Lehman Brothers.

Some in the renewable energy industry argue that the sector, especially the struggling wind sector, can't absorb the loss of the cash grant program now. Yet the President Obama and Congress only seem concerned that Americans and the American economy can't absorb a prolonged tax cut battle. The performance of the U.S. wind sector has been atrocious this year, with an expected first half bottoming out of the sector lingering throughout the year. Wind turbine maker Broadwind Energy(BWEN_) has been the poster-child for the woes of the wind sector, down 75% this year.

The wind industry was out on Tuesday telling voters to call their congressman one more time and support the cash grant program.

While one can make the arguments that the cash grant program was never meant to be permanent , frustrated renewable energy supports can counter that neither were the Bush tax cuts.

"There's still a 40% chance the renewable agenda gets through. Democrats unhappy with the tax cut package want to put their imprint on it, and in the House frustrated Democrats , facing their last major legislation as the majority party, may be asking themselves, 'Why take the deal as is?'" the FBR Capital Markets analyst Salisbury said.

"We believe that it is possible that Democrats, forced to swallow the bitter pill of extensions for upper-income taxpayers, will be able to tack on extenders for renewable energy project without sparking objections from Republicans, who will be eager to extend the tax credits and go home for the year," FBR Capital Markets wrote in a note on Tuesday.

Senate Finance Committee Chairman Max Baucus (D-MT) has proposed extending several clean-energy tax credits, including the Section 1603 cash grant, in lieu of tax credits for renewable energy projects, including wind and solar, the ethanol blenders credit at a reduced rate, and the $0.48 investment tax credit for domestic manufacturing facilities that produce "advanced energy property" (such as wind turbines and solar panels), as well as a residential energy-efficiency tax credit.

FBR thinks that the cash grant program, natural gas vehicle "Pickens plan" and the ethanol tax credit are the items from the renewable energy agenda facing the toughest battle for inclusion in the tax cut legislation.

The natural gas vehicle lobbying effort, which is critical to companies including Westport Innovations(WPRT) and Clean Energy Fuels(CLNE) -- Clean Energy Fuels CEO Andrew Littlefield has been among the prominent spokesman for the "Pickens Plan" throughout 2010 - faces an uphill battle with Democrats who don't tend to support non-union industries or fossil fuels.

The outlook for the natural gas vehicle legislation wasn't clear in trading on Tuesday. The stocks usually trade together on legislative outlook, but on Tuesday Westport Innovations was up by close to 3%, while Clean Energy Fuels finished the day down.

Tax incentives for renewable energy manufacturing facilities might be an easier item for which to curry favor. As the FBR Capital Markets analyst Salisbury noted, giving a cash grant to a solar project doesn't mean that the solar panels aren't being manufactured in China, whereas locating a manufacturing facility in the U.S. has a broader impact on politically popular job growth rhetoric.

If there's a silver lining in all of the last minute begging for inclusion in the tax cut package, the relatively low profile of the renewable energy agenda doesn't mean that the 2011 legislative docket won't finally be the one in which comprehensive renewable energy legislation finds firmer footing on Capitol Hill.

For the moment, though, renewable energy is still on the steps of the Capitol, with hat in hand.

This article by Eric Rosenbaum has been republished from The Street, a site covering financial news, commentary, analysis, ratings, and business and investment content.
Posted by: NuWire Investor @ 5:52 AM

Informative post. Thanks for giving info on The President's "about-face" on projects to expand renewable energy industries. Is Congress really not going to renew these projects?