Mark Thoma discusses the point of view that part of the unemployment problem is due to people who rather live off government benefits than work. He argues that the evidence suggests that there are not enough jobs to go around and that job creation is too slow to keep up with population growth. See the following post from Economist's View. 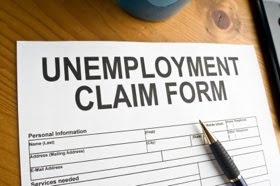 nce again, Menzie Chinn finds that an analysis from Casey Mulligan does not hold up to closer scrutiny:

Hazards in Interpreting Seasonals, by Menzie Chinn: Professor Casey Mulligan has an interesting post, in which he observes that while retail sales are about 15-20% higher in December than in the previous three months, retail employment is only about 4% higher in December than October, thus proving that fiscal stimulus cannot be very effective at raising employment. ...

The value of retail sales incorporates the value added from retail services, plus the value imbedded in the goods themselves. Those goods were produced over the entire year (i.e., not all Christmas ornaments are made in December). The counter-objection could be that Christmas ornaments aren't typically made in the US. But then I know that at least some of the gifts are American made (after all, Wisconsin cheese makes a fine holiday gift! And most of the gifts I received were American made). That relates to the value added component. Thus, the relevant numerator is smaller, and the relevant denominator bigger, implying the relevant ratio is smaller than Professor Mulligan purports. ...

There are many valid approaches to critiquing the idea of fiscal stimulus efficacy (e.g., CBO (Nov. 2010). This is not one of them. ...

By the way, this article highlights the hazards of over-interpreting seasonal effects. The canonical example occurred forty years ago, when Arthur Laffer interpreted the seasonal correlation of GDP and money as a causal relationship [4] (critique here). (This episode is not written down in any textbook as far as I know, but is passed down by word-of-mouth as a cautionary tale.)

Menzie also points to this statement from Mulligan:

...the fiscal-stimulus act depresses supply, because many of its major programs -- the unemployment-insurance extension, the food-stamp program expansion, the home buyer tax credit and more -- are directed at people with low incomes.

In other words, the less you work and earn, the larger your entitlement to various components of the act. By reducing supply as it increases demand, the fiscal-stimulus act could well reduce total employment...

According to this view of the world, a big part of our economic and employment problem right now is that "people with low incomes" would rather live on unemployment insurance and food stamps than work. It's not the lack of jobs that is the problem, it's the fact that people won't take jobs that aren't there.

It would be silly to say that nobody ever exploits the existence of a government program, of course that happens (but that doesn't mean the costs of these programs exceed the benefits, i.e. the mere existence of a cost is not enough to conclude that a program should be discontinued, it's the net benefits that matter). However, to attribute the major part of our employment problem to this behavior flies in the face of the available evidence on hiring behavior by firms relative to the number of people seeking jobs. There simply aren't enough jobs to go around, and we have not been creating jobs at a fast enough pace to keep up with population growth, let alone reabsorb the millions of workers who have lost their jobs during the recession.

Our problems did not arise with "people with low incomes," though there seems to be a concerted effort to place the blame on this segment of society (e.g., see the claims from conservatives that the CRA caused the crisis, claims that have been thoroughly rebutted but persist nonetheless). To find those who are actually to blame, looking a bit further up in the income distribution -- somewhere up near the very top -- would be more fruitful.