How The Frank-Dodd Act Reframes Bailouts

Robert Shiller describes how the Frank-Dodd Act reframes future bailouts as "orderly resolutions" to work around the widespread unpopularity and negative perceptions of financial bailouts. Mark Thoma agrees that the perception should be that the banks are paying for the bailout themselves and that certain individuals are not protected from losses. See the following post from Economist's View. 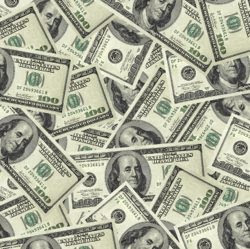 ely approach to economics, but he might have a point here:

Bailouts, Reframed as ‘Orderly Resolutions’, by Robert Shiller, Commentary, NY Times: Distasteful as it may seem, we need to prepare for the next financial crisis, which, of course, will arrive eventually. Right now, though, people are so angry about the recent bailouts of Wall Street that the government may not be able to use the same playbook again.

The criticism has emphasized the trillions of taxpayer dollars that the bailouts put at risk. But, in fact, the realized losses were minuscule when compared with the widespread suffering they averted. ... TARP may have prevented many trillions of dollars of losses in gross domestic product.

Our principal hope for dealing with the next big crisis is the Dodd-Frank Act... It calls for bailouts of a sort, but has reframed them so they may look better to taxpayers. Now they will be called “orderly resolutions.” Psychologists tell us that subtle changes in framing ... can bring major changes in perception. ...

In essence, Dodd-Frank is asking the F.D.I.C. to do much the same thing for a wide spectrum of financial companies as it has done with traditional banks. ...

The Dodd-Frank Act acknowledges that when the F.D.I.C. moves into deals like this with financial companies, it may need some assistance. So the law creates an Orderly Liquidation Fund at the Treasury, which can issue debt for it as needed. Of course, that could be interpreted as a bailout that uses taxpayers’ money, since the debt has to be repaid somehow.

But here’s the reframing: The Dodd-Frank Act specifies that the F.D.I.C. will be paid back through “assessments” on financial companies. These assessments won’t be paid immediately... The Treasury can intervene first and be repaid later.

This is a classic and potentially effective reframing. Why? The payments are called “assessments,” not taxes. And the context has changed, with the burden appearing to fall squarely on Wall Street, and not on taxpayers.

Of course, reframing won’t convince everyone that the government’s interventions are benign. In fact, an assessment is much the same thing as a tax... Ultimately,... this tax is really paid by the public, because those financial companies are owned by thousands upon thousands of individuals...

The general taxpaying public may never figure out the true effect of ... the tax... But many people have acquired a sense of suspicion that anything that looks remotely like government largess will show up in higher taxes someday. That is part of the reason for the rise of the Tea Party movement, and was a factor in the recent midterm elections.

Unemployment ... certainly would be much higher had the government not embarked on bailouts. We have to hope that the Dodd-Frank reframing succeeds — and that taxpayer anger doesn’t scare the government away from following the law’s intent aggressively. Such timidity could allow more Lehman-type failures.

The framing of the Orderly Liquidation Authority might be regarded as a form of diplomacy, needed to avoid unwanted anxieties that could prevent the Treasury and the F.D.I.C. from taking strong action to support our financial system.

This is vitally important. We avoided a depression in 2008 and 2009, and we need to do so again when the next crisis arrives.

I think this may miss something about the public's anger. Since the government didn't have resolution authority for banks in the shadow system, it only had two choices when faced with the collapse of a large bank like Bear Stearns or Lehman. Let the bank fail and risk a domino effect that brings the entire system down and potentially creates a depression, or bail out the systemically important bank -- including management and equity holders (investors). [Some claim the government did, in fact, have other choices, but I don't think the key players in the Fed and Treasury believed that they had the authority they needed to take over the large banks, remove management, and put them through traditional FDIC-like procedures that impose losses on investors.] By choosing to bail out the banks, they also bailed out those who created the mess. This left the appearance that the wealthy and well-connected get bailed out, while the middle and lower classes get the bill. Typical households really can't see what they gained from the bailout since, for many, the counterfactual where the system melts down without a bailout is either hard to imagine or not believed. They don't understand, for example, why the government helping them to pay off loans wouldn't have helped banks just as much as a direct bailout. "Where was my bailout?" they wonder.

I am not sure that the government will have the courage to use the Orderly Liquidation Authority when the next big crisis hits. This is not something that has ever been tested, it does not prevent runs on the shadow banking system, and if regulators announce such a procedure only to see financial markets beginning to implode with worry, they may resort to a more traditional bailout despite public opposition to it. But assuming they do use the new authority, I agree it's important that the banks appear to be bailing out themselves, though I would have them prepay into a fund rather than pay it all after the fact. But I think it's even more important that, however the bailout is done, we remove the perception that the well-connected are protected by a "Greenspan-Bernanke Put" that prevents them from taking big losses whenever the system gets in trouble.

Sahit Muja: President Obama and Congress may decide to extend the Bush income-tax cuts for everyone for at least another year.
In the wake of the midterm elections, President Obama has indicated a willingness to compromise on taxes.

If one dances, one must pay the piper. For far too long The US and European governments have acted like there is a money trees in the various treasury department gardens.

Governments have kept doling out money to all types of people in the hope that everyone will someday decide to be super productive and thus become tax payers.

In The USA between 30 to 40% of the people don’t pay income taxes and these are the same people who get more in services.

Most of the ordinary people in the world have to live within their means. Why not the US and EU governments?. At the rate things are going, the US and EU is going to collectively default.

Imposing a big new tax on the s most productive wealth-creators in US and EU would deliver a devastating blow to the worlds Economy.

Right now we should try to rival that dysfunctional disaster in terms of punishing success. The mid term election in US have showing that American people are moving against big Government and socialist ideas and higher taxes.

The truth is that US and European governments borrow and spend to such an extent that when a financial crisis strikes, they have so little leeway to act because they are already running close to the edge.

And yet still we have to listen to the la-la land howls of socialist ideologues . Tax more and punish the success. President Obama and his Union movement who think we need to implement more taxes on the Job craters and the rich people.

Agreed The Frank-Dodd Act is another big bank bailout. Imagine this!
New Fed Rule for Real Estate Brokers
A Parody--By Stephen Argen
Starting April 1st, The Multiple Listing Service and the listing of homes are illegal by Real Estate Brokers! In an attempt to stop real estate brokers from controlling 70% of the business, Real Estate Brokers can no longer work in cooperation with each other and they must have unbiased / independence with any industry related Vendors.
Listing of a home must go directly from the consumer to one of the 4 largest asset management companies and /or franchisor that are now government sponsored entities called aggregators.
These aggregators feel that with government protection and regulation they could do the real estate brokers job and save the consumer a 6% commission. In order to set this up the government has given billions to the top 4 aggregators and put restraints on the real estate broker so they can be run out of the business.
Real estate brokers and their agents must be re- licensed again thru the NBLS. They need to go to school again, pass and exam, have an FBI back ground check and only if their credit is good they can now be a limited broker. They can only sell houses that are exclusively listed for sale thru an aggregator who will additionally qualify the broker and limit their inventory of houses. Furthermore the broker must pay their agents a salary or hourly rate. No commission can be given to the sales agents.
Even though, Real Estate Brokers are limited to only selling houses and all listings must go directly thru an aggregator, they must sell houses for a fixed commission and they must disclose to the aggregator what their commission is quarterly, in advance, regardless of their scope of work --not to exceed 1.5%. The fixed commission must also be disclosed to the buyer and they cannot make any rebates or concessions to make the sale. If the buyer doesn’t have the money to fix the leaking roof or broken window too bad it’s not coming from the real estate broker.
Real Estate Brokers are not allowed to perform any a la carte services for a fee. They can no longer strategize with their buyers. They are not to plan with them nor refer them directly to any other industry related professional of their choice. Any professional relationships they have with industry related vendors must be immediately terminated.
The brokerage must use one of the aggregators VMC whereby the VMC or Vendor Management Company will take in advance by credit card an optimal fee of their choosing and assign to the buyer an Attorney, home inspector, contractor, renovation specialist, and or mover who must cut their rate to get the assignment even if they are from out of the area.
The consumer can still go to the real estate broker to buy their home or they can simply go directly to the aggregator. This would be the clear choice because the aggregator has the ability to cooperate with other aggregators so they have full access to all of the houses listed for sale. The aggregators also have a retail business channel. This retail business channel is predominately made up of a remote large phone room with thousands of UN licensed telemarketing sales agents.
With this new government overlay rule the consumer will only choose the Real Estate Broker as their last resort. The aggregator will make the consumer feel good because they don’t have to let the consumer know what their gross income is on the sale.