Eric Jackson, writing in The Street, writes that while the additional monetary stimulus was the best decision for the economy based on the current data, the move introduced more risk into the global system. Jackson says that QE2 is like pouring gasoline on the already hot economies and expects to see rising commodity prices. See the following post from The Street. 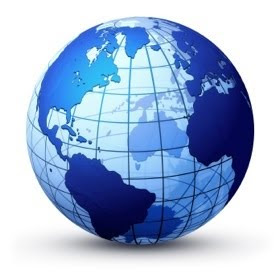 in launching QE2 last week. Nevertheless, it's spawned a rash of criticism from the likes of Kevin Warsh, Germany's finance minister, and Sarah Palin.

On a recent trip to China, I got a chance to read the excellent In Fed We Trust by David Wessell about Bernanke and his recent years at the Federal Reserve. What was clear in the profile is that, while Bernanke acknowledges that he was slow to see the extent of the subprime problem coming in 2006 through the first half of 2008, he has been aggressively doing "whatever it takes" ever since to slay the dragon of a deflation-driven recession.

After a life in academia studying the Great Depression and -- more recently -- Japan's travails from a 20-year deflation slide, Bernanke has good reason to fear an economy falling back into a quicksand pit.

Bernanke knows two things about his public perception. First, he, like politicians, gets no credit for any actions he took that prevented problems from happening two years ago and second, there's an inherent bias that the Fed and certainly among the mainstream press and the public to fear inflation much more than deflation.

As late as early September 2008, Bernanke was fighting fellow Fed governors' hearts and minds against the imminent threat of inflation. Runaway inflation is a much easier concept for Glenn Beck to diagram on a chalkboard compared to runaway deflation. What's the schematic for that?

So, three cheers for Bernanke taking action last week. He and the Fed governors have a dual mandate: full employment and price stability for the US economy. Given the data and where we are in this recovery, the Fed made the right call.

But Ben Bernanke doesn't have responsibility for the rest of the world and, unfortunately, there will be challenging unintended consequences of his actions last week on other emerging economies.

Specifically, China and other economies -- like Hong Kong -- with their currencies pegged to the US dollar will feel added inflationary pressures on their already strong economies. Simply put, Bernanke's explicit prescription for healing the U.S. economy is now gas being poured on to already hot economies who bounced back remarkably quickly from the crisis two years ago.

In a recent letter to his investors, renowned hedge fund manager Paul Tudor Jones complained about the Chinese yuan's peg to the US dollar: "On January 1, 1994, China devalued its currency by 50% in a single day, and since then has experienced a manufacturing boom. After 15 years of impressive productivity gains relative to its trading partners, though, it now resists the smallest appreciation.... "As someone who has traded foreign exchange since 1980, I believe the RMB/USD rate is currently the single most important of all exchange rates. It not only drives the largest foreign trade relationship in the world, it also drives virtually every other exchange rate globally. Dozens of other emerging market countries suppress their exchange rate against the US dollar because the RMB is effectively pegged to the dollar."

Tudor Jones believes the result of this artificially low exchange rate is more jobs for China (at the expense of the U.S.). His prescription for changing the peg is supporting the Ryan Bill which would allow U.S. companies to file complaints against China's currency policies, which would allow the Commerce Department to impose duties on Chinese imports. The ultimate goal, as he sees it, should be for the Chinese to let their currency float and he speculates it would immediately rise by 30% to 60%.

Tudor Jones thinks that the Chinese need to immediately shift from an export-driven economy to one based on domestic demand. He warns the Chinese, at the end of the letter, that "one way or the other, the real U.S. and Chinese exchange rates will find equilibrium - either through nominal movement or through relative inflation rates."

And it is this last point which is precisely at the heart of Ben Bernanke's unintended consequences of his QE2 announcement last week. With China and other emerging economies still pegged to the U.S. dollar, inflation rates just got hotter over there.

These will of course also have reverberations back on the nascent U.S. recovery, especially as you start to see $4 a gallon gas back at the pumps. You can expect to see continued strength in Asian property prices. Although recent policies have prevented further property price escalation in China, some of the hot money has already spilled over into surging property prices in Hong Kong.

From a practical investment perspective, watch for Asian casinos, Hong Kong and Singapore property, commodities, Apple(AAPL_) selling out of iPhones and iPads in the Orient, and Chinese advertising to all benefit in the months ahead from this recent batch of quantitative easing.

Last week, while I was in Hong Kong, I read a story in the newspaper about a mainland Chinese man who recently rented a 1,000 square foot apartment in the city solely for storing hard cash there like a personal vault.

So, while I don't expect the Chinese government to take Tudor Jones' advice on depegging -- and I believe it would argue strongly that it is keeping it pegged for the moment to aid the Chinese economy to transition more quickly to a domestically-driven one rather than an export-based one - it would be wise to worry about the inflationary pressures he predicts.

And Bernanke needs to be mindful of this too. His actions should have no impact on increasing jobs in the U.S. -- as emerging economies will still be much more attractive places for global companies to hire in. Therefore, inflationary forces on the whole in the U.S. should continue to be tamped down. However, food and energy costs will rise noticeably to US consumers in the next two years which will pinch spending.

And, although China's economy will continue to expand, Bernanke has introduced more risks into the global system by turning up the heat on them. Obviously, Bernanke thinks the upside is worth the risk. We'll see.

This post by Eric Jackson has been republished from The Street a site covering financial news, commentary, analysis, ratings, and business and investment content.
Posted by: NuWire Investor @ 5:52 AM