The head of the FDIC raises concerns about the growing federal debt that has ballooned to almost $14 trillion or roughly $100,000 per American household. She writes that the debt poises a threat to long-term financial stability. See the following post from The Mess That Greenspan Made. 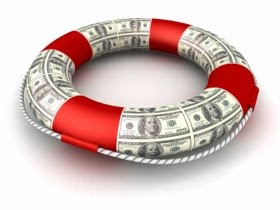 n Post today asking whether the world’s next fiscal crisis will begin in the nation’s capital.

Two years ago the United States experienced its worst financial crisis since the 1930s. The crisis began on Wall Street, where misguided bets on risky mortgage loans resulted in enormous losses that few anticipated. More than 4 million jobs were lost in just six months after the peak of the crisis. There is hardly one Main Street in America not still feeling its effects.

Even as work continues to repair our financial infrastructure and get the economy moving again, we need urgent action to forestall the next financial crisis. I fear that one will start in Washington. Total federal debt has doubled in the past seven years, to almost $14 trillion. That’s more than $100,000 for every American household. This explosive growth in federal borrowing is a result of not just the financial crisis but also government unwillingness over many years to make the hard choices necessary to rein in our long-term structural deficit.
…
Excessive government borrowing poses a clear danger to our long-term financial stability. All of us must work together now as Americans, look beyond our narrow partisan interests and show the world that we are prepared to act boldly to secure our economic future.

She had me up until she said we should all “look beyond our narrow partisan interests”. About the only bipartisan consensus that we’re likely to see in Washington is that everyone wants a lower deficit and a smaller national debt. Once it comes to the specifics of achieving those goals, the discussion becomes hopelessly partisan, all the more reason to think that, someday, there will be a “shotgun wedding” between the U.S. government and budget reform, an event hosted by the country’s bondholders.