Matthew Buckley describes an encounter between President Obama and a small business owner who questioned the tax increase. His argument was that the change would reduce his income that would have reinvested into the business and jobs. See the following article from The Street.

In the beginning of the Chevy Chase/Dan Ak 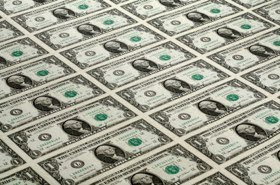 royd's classic Spies Like Us, Chase holds a press conference at the State Department. When he is hounded by reporters to answer their pestering questions, he pretends his microphone is cutting in and out and cuts the press conference short.

A little reported encounter between a small business owner and the president this week had a strangely similar feel and outcome. Another Joe the Plumber moment, but this time instead of attacking the person, the main stream media chose to ignore the incident.

A small business owner somehow made it past the Secret Service at the press conference in Iowa and had the nerve to confront the president about the "Obama tax increases" or the "expiring Bush tax cuts," if you're so inclined.

David Greenspon, a Des Moines business owner, asked the president (or attempted to ask the president) about the expiring Bush tax cuts.

He dared to continue: "5% on millions of dollars in profit creates many jobs. As the government gets more involved in business and more and more involved in taxes, what you're finding is you're strangling those job creation vehicles."

The president, looking as if he was being asked to solve for pi, was not pleased. And before Greenspon could continue, his microphone was mysteriously cut off and taken out of his hand.

This allowed the president to point out how dumb Greenspon was, saying, "There's a notion that, well, he's a Democrat, so your taxes must have gone up. That's just not true."

However had this small businessman been able to continue with his comment or question, he would've pointed out that his taxes will be going up, significantly, if the Bush tax cuts expire at year end.

And since Congress lacked the courage to do anything before the election, lest they be held accountable by their ill-informed constituents (see Kerry, John), the matter was punted to the "lame duck" session in November.

As a small business owner, Greenspon said he reinvests what he makes back into his company to expand and hire, as well as keep it debt-free. But because he files as a Subchapter S corporation, his company's earnings are calculated as personal income. He told the New York Post, "The money being made by my business is being taxed before I can put it back into the business."

Now if Kerry was there, he would've told Greenspon that he was simply ill-informed, like all of the voters in America, and then he would've sailed his $7 million yacht back to Massachusetts.

Trying to be gracious after his smack-down, Greenspon said the president was "eloquent" and has "good intentions." Other than that Mrs. Lincoln, how was the play?

He finished by saying, "...but the guy has never built anything."

Well that's not entirely true. When asked when he was running for Senate in Illinois what leadership experience he had in his professional career, he responded that he "ran the Harvard Law Review" and was running his senate campaign.

Firing Line: With the recent cleaning of his economic and White House staff, small businesses and their employees across the country can only hope that they are replaced with pro-business oriented advisors who recognize that the government is limited in its ability to grow the economy, but all powerful in its ability to destroy it.

This post by Matthew Buckley has been republished from The Street.
Posted by: NuWire Investor @ 5:57 AM