Could The Fed Boost The Economy By Increasing Inflation Expectations?

With fiscal stimulus out of the question, some economists are calling for the Fed to clarify an exit strategy and create expectations of inflation by committing to loose monetary policy even if inflation increases. There are some concerns that even a second round of quantitative easing would not be enough to pull the US economy out of its rut. See the following post from Economist's View. 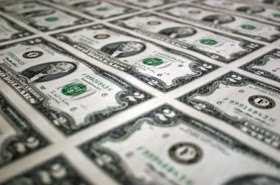 Michael Woodford is calling for the Fed to create the expectation of more inflation by clarifying its exit strategy and making it clear it has no immediate plans to tighten policy even if inflation rises above the target rate:

Bernanke needs inflation for QE2 to set sail, by By Michael Woodford, Commentary, Financial Times: Debate is raging within the Federal Reserve about whether to do more to stimulate the US economy. ...Ben Bernanke ... knows that a cut in rates, his usual tool, is currently infeasible. Therefore, speculation has turned to a return to quantitative easing (QE2), or large purchases of long-term Treasury bonds.

This would be a dramatic move. But we must not kid ourselves. It would have at best a modest effect in a large, liquid market such as Treasury bonds and, therefore, is unlikely to dig the US economy out of its current hole. There is, however, another option: for the Fed to clarify its “exit strategy”... This would mean making clear that the Fed has no plans to tighten policy through increases in the federal funds rate, even if inflation temporarily exceeds the rate regarded as consistent with the Fed’s mandate. In short, the Fed should allow a one-time-only inflation increase, with a plan to control it once the target level of prices has been reached.

Such a move would be controversial within the Fed. But such a statement would merely be designed to help reduce expectations regarding ... the path of short-term interest rates over the next few years and to increase the expected rate of inflation. Changes in these expectations would stimulate current spending..., giving the US economy a much-needed boost.

This proposal is different from that made in some quarters (and rejected by Fed officials) for an increase in the Fed’s inflation target. In order to obtain the benefits just cited, it is not necessary to make people expect a continuing high rate of inflation. Indeed, that would be counterproductive. ... Instead,... the Fed should commit to make up for current “inflation shortfalls” due to its inability to cut interest rates. ... Once the shortfall has been made up, the Fed would return to its previous, lower target.

Critics will say this will undermine the Fed’s credibility on price stability. They are wrong because the price increases allowed under this “catch-up” policy would be limited in advance. ...

Others argue the opposite case: that a modest increase in prices would have too small an effect to boost the recovery. But the true value of such a commitment would be precluding a disinflationary spiral, in which expectations of disinflation without any possibility of offsetting interest-rate cuts lead to further economic contraction and hence to further declines in inflation. ...

I'm on board, though changing expectations may be harder than it seems even if the Fed clarifies it won't tighten policy until inflation spends some time above the long-run target. To be a broken record on this point, both monetary and fiscal policy are needed -- neither alone is enough -- but if I had to choose one or the other, I'd rather see the infrastructure spending Obama talked about today come to fruition rather than trying to create expected inflation.

But new fiscal policy is unlikely to happen due to considerable opposition from Republicans and a few misguided Democrats in Congress. Monetary policy is not certain either, there is resistance from some members of the Fed, but the prospects for QEII are looking good presently, and the exit strategy can be clarified, so at least there's hope. As I've said many times, I don't expect the impact of a new monetary policy initiative would be large, but it's a whole lot better than the nothing we are likely to get from fiscal policy.