Soros Versus Buffett: Who Is The Better Investor?

Warren Buffett and George Soros are among the greatest investors of all time, but who is better? According to Nassim Taleb, Soros's performance required more skill, however James Picerno says that it is difficult to know this without a reliable beta for Soros's investments. See the following post from The Capital Spectator.

Who has more talent for minting alpha? Warren Buffett o 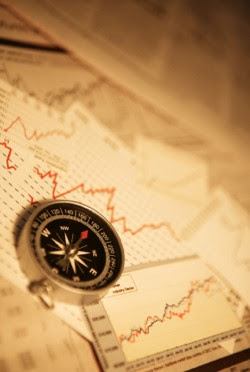 “I am not saying Buffett isn’t as good as Soros,” Taleb explained at a conference last week, according to Bloomberg News. “I am saying that the probability Soros’s returns come from randomness is much smaller because he did almost everything: he bought currencies, he sold currencies, he did arbitrages. He made a lot more decisions. Buffett followed a strategy to buy companies that had a certain earnings profile, and it worked for him. There is a lot more luck involved in this strategy.”

Perhaps, although it's easier to analyze Buffett's historical results and decide if he truly added value. But before we get into that, I think Taleb raises an interesting point about beta and alpha. In particular, it's important to think about those risk premiums that are available for the taking vs. those that can be earned only through hard work. In other words, there’s a distinction between investment returns that anyone can earn vs. those that require talent. Every investor (and institution) should carefully think through these concepts before investing real money. In other words, your expectations matter.

The good news is that beta vs. alpha is a rather simple notion, although the details can get messy. Indeed, the word “beta” gets thrown around a lot, but it has a very specific meaning. The short definition: beta is the market’s return and risk profile. Anyone can tap beta. It's a commodity, and so you don't want to overpay. Mathematically, the calculation is straightforward, as any good finance book will explain, such as The Portable MBA in Finance and Accounting. Beta is computed as the covariance between a security and its relevant market, divided by the variance of that market. You can also analyze an asset class—U.S. stocks, for instance—and compare it with the multi-asset class “market” portfolio, as I do with the Global Market Index. If you have the price histories on the security (or asset class) and the market, you can easily calculate beta by dumping the data into Excel.

Another way to think of beta is that it’s a measure of a security’s (or asset class’s) sensitivity to the broad market. In that sense, beta is one of many risk measures. Forecasting returns directly is difficult, perhaps impossible. Estimating risk, by contrast, is somewhat easier, or at least modestly more reliable. We know, for example, that stocks are riskier than Treasuries. Exactly how much more risk we're talking about is debatable, but as a general proposition there’s a fair degree of confidence in that assumption. In turn, we can infer expected return via risk assumptions. But that raises the question: How reliable is beta as a risk measure? Or any risk measure, for that matter. They're all flawed, usually in different ways, and so we need to look at several. But back to beta.

Standard finance theory advises that higher (lower) betas are associated with higher (lower) returns. Technically, this is an ex ante framework. In other words, betas should be used to reverse engineer expected returns. But as critics have been pointing out for years (decades!), historical analysis of beta and return—the ex post perspective—don’t always measure up. Beta, in sum, doesn’t fully explain the relationship between risk and return.

A widely cited example is the small-cap and value effect. Stocks with relatively slight capitalizations and/or companies trading at discounts to book value generate substantially higher returns vs. the forecasts via beta. Does this mean that beta is worthless? No, but it reminds that a simplified view of asset pricing doesn’t fully capture all that’s going on, especially over the short-to-medium run.

In fact, a true reading of how the markets price securities reveals a bevy of betas. Instead of one all-controlling market beta, as per the capital asset pricing model, there’s a rainbow of lesser betas running the show. Small cap and value betas are merely the tip of the iceberg. Financial economists have turned up a broad list of factors, including momentum, liquidity, volatility, and others. And they're finding more all the time. It’s debatable how much real-world opportunity is associated with the full compliment of known factors. After adjusting for taxes and trading costs, some if not most of the factors that look productive on paper become a return drag.

There’s also a capacity issue. If too many investors chase small value stocks, the associated risk premium will fade. That opens the door to wondering if, in the very long run, all the various lesser betas end up being a wash relative to the big-picture market beta that standard finance theory focuses on?

Even in the short run, assume that minting alpha (anything other than beta), is hard. Buffett seems to have beaten the odds. Ditto for Soros, who also boasts an impressive track record, at least in the days when he was managing money. What of Taleb’s suggestion that Soros has more talent? Or that there's less randomness involved in Soros's track record? There’s some theoretical support for that view, based on the fundamental law of active management, as outlined in Grinold and Kahn’s book Active Portfolio Management: A Quantitative Approach for Producing Superior Returns and Controlling Risk. This law states that beating the benchmark (beta) depends on forecasting skill and the number of independent investment decisions you deploy. It’s all about skill and opportunity.

If you have a relatively lesser degree of skill, you can pick up the slack by making more bets. That can backfire, of course. But all things equal, if you’re trying to beat another active manager who’s smarter than you, your only hope is to make more bets. By contrast, if you’re smarter, you don’t need to make as many bets.

Consider an extreme example with two investors. One is average in terms of investment skill; the other's a genius. Now imagine two separate events that pit one against the other. In the first round, only one investment decision for each is allowed. In that case, we should expect that the genius has a huge advantage. In the second round, each investor can make 100 investment decisions. The genius probably still has an edge, but it's not as striking as it was before.

Meantime, it’s still hard to say for sure if Soros is truly the better investor. Yes, Buffett has piggybacked somewhat on equity beta’s run. Berkshire Hathaway, Buffett’s company, owns a portfolio of U.S. stocks, among other businesses. It’s hardly surprising the equity beta is embedded in Berkshire’s returns to a degree. But if you’re choosing stocks based on a methodology that looks for underpriced securities, as Buffett has clearly done at times, you can do well relative to beta. How well? For the past 15 years, Berkshire's shares have generated a roughly 10% annualized total return, according to Morningstar. That’s a tidy premium over the S&P 500’s 6.5% total return over that span. That's one clue that Buffett's adding value.

Soros hasn’t been involved in managing money in recent years, at least not in anything with publicly reported results, and so we can’t compare his performance to Buffett’s over the last 15 years. Even if we did have good numbers, it wouldn’t be clear if Soros was truly adding value (or not) compared with Buffett. Why? Because if Soros was trading currencies, commodities, stocks, bonds via long and short positions, perhaps adding leverage at times, it’s unclear what the benchmark should be. We don’t know what the relevant beta is.

We could label Soros as a global macro trader, of course, as many have over the years. That implies that we can compare Soros to a global macro benchmark, of which there are several available from the various index vendors. But that raises a host of new questions because there’s lots of moving parts in the design of hedge fund benchmarks vs. a cap-weighted equity index. How, for example, do you account for short positions and leverage? Or survivorship bias? There are no easy answers, and since small changes in assumptions can have big results, there are no reliable passive macro benchmarks that are the equivalent of the S&P 500, Russell 3000, etc. Measuring long-only equity beta is easy. Tally up the companies, weight them by their respective market values, and you're done.

Hedge fund betas, by contrast, are complicated. Yes, some are easier to define vs. others. But global macro isn’t one of them. If you had to define global macro as a rules-based investing process, you’d have a rough time. Among the dozen or so broad hedge fund styles, global macro is wide open to interpretation.

By contrast, there’s a hefty amount of small-cap and value risk premia available in beta form, i.e., index funds and ETFs targeting this area. Not surprisingly, those products do pretty good. You can capture a big part of the small-cap value factor by owning index funds.

Can you do the same with global macro? Maybe, but it’s complicated. So too is deciding if Soros added more value for a given unit of risk relative to Buffett. The problem is that there’s a good benchmark for comparing Berkshire’s performance and risk: the U.S. stock market. Or maybe we should upgrade that to a global measure of equities. Or add a value tilt. Soros, however, is another matter. What’s his benchmark? We don’t really know. Therein lies the allure and the hazards of global macro, and hedge funds generally. Quoting a high return is one thing. But if you can’t calculate the risk-adjusted return, you may be flying blind.

Then again, if you have a high degree of confidence that your manager is truly talented, faith is enough. But for some of us, faith isn't enough. Sure, you can engage in qualitative analysis--i.e., poring over the fund's trading history, talking to its managers, looking over its offices. But most investors aren't going to do that.

That leaves quantitative analysis. Granted, sometimes it's no help at all, depending on what you're trying to analyze. But it's the only game in town if faith isn't enough and you're not willing or able to spend a week at prospective manager's shop.

As for beta, there are limits here too. But in those cases where beta does a pretty good job of explaining risk and return (the major asset classes), and you can buy a proxy fund inexpensively, this is usually the superior choice on a work-adjusted basis.