Eric Rosenbaum, writing in The Street, questions the idea of spending billions of stimulus on roads which would seem to move the country backwards in terms of a renewable energy future. Ernst & Young's Renewable Energy Country Attractiveness Indices now indicates that China is a better place than the US to pursue renewable energy projects. See the following post from The Street. 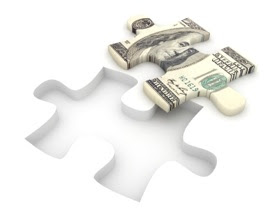 an interesting comment trying to defend President Obama's plan to jump-start the stalled U.S. economy by paving $50 billion worth of roads. "The car ... is finally moving in the right direction, but it needs to go a lot faster," wrote Jared Bernstein, chief economic adviser to Vice President Joe Biden, in a White House blog post arguing in favor of Stimulus: the Sequel.

What's interesting about Bernstein's comment is the metaphor chosen to defend the economic stimulus package: the car. Indeed, the metaphor is enough to give a guy road rage.

I recently took a road trip from Milwaukee to Chicago where I was able to get a firsthand view of the original stimulus package: lines and lines of cars burning up their gas tanks while backed up in traffic bottlenecks caused by all the construction started after Obama's first attempt to rescue the U.S. economy with a New Deal-esque works projects. I've never spent so much time looking at the Chicago skyline, and not enjoying it. By the way, and maybe not by coincidence, where did Obama make the formal announcement about the infrastructure spending plan? Milwaukee.

It's not the traffic in the Midwest intensified by the current road-building that can really rally a traveler against the new stimulus. There are plenty of legitimate arguments, arguments that don't circle around to construction-triggered road rage, to make against the latest bid by the White House to show its hands -- to use its own metaphor -- firmly on the steering wheel of the U.S. economy.

The new stimulus plan is a not so subtle pleading for positive headlines from the newspapers during a mid-term election fight. For a president who came into office with an aura of innovation, invoking the New Deal doesn't exactly indicate that Obama's vision is unique. It's more like the latest attempt to use a well-worn presidential trope to lull the American public into awestruck acceptance. FDR ... New Deal ... Who can argue with that? The Republicans of course see the $50 billion as the latest example of a federal government and democratic administration run amok and wastefully burning greenbacks. Burning gas is more like it.

In any event, none of this is what really gets our cranky motor running.

It's the fact that the President who came into office with an aura of innovation opening up the federal wallet to build more and more roads (so White House blogger Bernstein's car can keep moving in the right direction) does nothing to get this economy headed in the right direction when it comes to a comprehensive plan to overhaul our transportation infrastructure for a greener future.

The White House metaphor is counter-intuitive to the urgent need for a cleaner and greener transportation future. It makes a mockery of the need for new thinking in Washington D.C. in regards to energy and transportation legislation that has so far, gone nowhere. The White House metaphor, unwittingly, invokes the stale 1950s America ruled by highways and cars. That might have worked for Eisenhower, as the New Deals works programs worked for FDR, but it shouldn't work in 2010. Isn't it about time Washington D.C. tried to impress the masses with a comprehensive new transportation infrastructure?

President Obama has made all the right stops on the green energy tour, and his handlers have gotten him into all the right photo-ops -- whether it's at a wind turbine manufacturing plant of Siemens or the solar company Solydra's assembly line.

There were bits and pieces in the infrastructure spending plan that hint at some progress on transportation, too. Some of the money is intended for rail systems that will connect the country coast to coast. The plans also intends to fund itself by cutting off oil and gas industry tax breaks. That should play well in Peoria, as will the part of the infrastructure spending plan aimed at improving runways so that there are fewer air travel delays. That will play well just about anywhere.

And yet, energy legislation introduced earlier this year to enact modest reforms of the energy status quo and including the beginnings of a real federal push to build a nationwide network of natural gas vehicles and fueling stations failed miserably.

Senate Majority Leader Harry Reid (D. Nev. ) blamed the failure of narrow energy reform on Republicans. Reid's critics countered that his narrow energy bill was never even intended to pass, but was put forth simply so Reid could later say that Republicans were responsible for killing it. Who cares about the blame game under the Capitol Dome anyway? The White House metaphor-making may not inform the public that the Senate's engine is far more often choked than it is chugging along, but the fact remains that whoever in the Senate failed to get behind energy and green transportation legislation, they are all to blame for the failure.

The White House may have seem some of the backlash against building more roads coming. Lo and behold, just as President Obama announced the $50 infrastructure stimulus, Harry Reid began talking about the energy legislation for the first time since its August stall. On Tuesday, speaking at a renewable energy conference in Las Vegas, Reid said that he plans to introduce a new energy package before the year-end, and it may even include a renewable electricity standard.

Was this news? It made for some green headlines to set again the asphalt-hued road building block letters all over the papers on Tuesday, however, Reid had said as much when he gave up on energy legislation the first time around. Talk of a renewable energy standard was new, as the previous effort left that controversial issue off the table, but critics are already saying that the political will to enact any renewable energy standard at the national level remains limited. What's more, the Senate will have roughly four weeks at best after the elections to enact legislation this year, and the makeup of the Senate and House may look somewhat different, making any potential negotiations over energy policy anyone's guess at this point.

The former Clinton administration adviser John Podesta, president of the Center for American Progress, said at the same conference that untapped potential in the sustainable energy market could revive the stalled economy and end the recession. "The focus now has got to be on getting these worlds and mechanisms together to finance innovative, renewable technology," Podesta said.

Reid, taking his turn at metaphor-making in place of actual legislation, said of renewable energy, "We need to take that little spark and turn it into a wildfire." Meanwhile, all that's burning is more gas, and more dollars from the federal government to burn more and more gas on highways, as I did sitting in traffic between Milwaukee and Chicago while watching the Stimulus 1 construction projects.

It's fitting that on Wednesday, the latest Ernst & Young's latest Renewable Energy Country Attractiveness Indices showed that China had finally surpassed the U.S. as the best country in which to pursue renewable energy projects.

China has steadily moved up the ranks since it entered the renewable energy ranking in 2004, and last year was tied with the U.S. Ernst & Young cited among the reasons for the Chinese eclipse of the U.S. the failure this summer to enact a federal renewable energy standard.

We've already got Stimulus: the Sequel, but as far as renewable technology, it's not in the White House equation. Will Reid ultimately provide us with a sequel to the stalled energy legislation that at least gives us some reason to believe that the future of America's transportation doesn't simply lay in paving more and more lanes of highway?

This article by Eric Rosenbaum has been republished from The Street, an investment news and analysis site.
Posted by: NuWire Investor @ 5:56 AM