Should We Be Worried About The Dip In Worker Productivity?

James Picerno discusses whether the recent slowdown in worker productivity should be a concern. One consequence of declining productivity is that companies may become more aggressive at cost cutting, which could hurt new hiring. See the following post from The Capital Spectator. 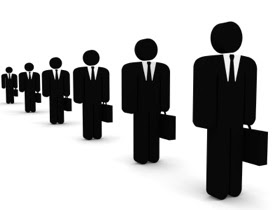 If you were looking for one more reason to wonder about the already shaky prospects for a recovery in the labor market, today’s report on second-quarter worker productivity is just the ticket.

Nonfarm business sector labor productivity unexpectedly dropped at a 0.9% annual rate for the three months through June, the U.S. Bureau of Labor Statistics reported today. That’s the lowest reading since the third quarter of 2008, the height of the financial crisis. That’s bad news for labor market. Why? Joshua Shapiro, chief U.S. economist at Maria Fiorini Ramirez Inc., explained via Bloomberg News today: "Slower growth in output will prompt companies to continue to focus on aggressive approaches to cost cutting. This will heighten obstacles to a convincing labor-market recovery."

No one really knows if we're entering a new era of lower productivity. Let's hope not, for the sake of the economy generally and the labor market in particular. But this much is clear: productivity does wax and wane through time and so the risk that productivity may be trending lower for an extended period isn't unprecedented.

For some perspective, consider a brief history of U.S. labor productivity as explained by Harvard economics professor Gregory Mankiw in his Principles of Economics textbook:

The bottom line: Both theory and history confirm the close connection between productivity and real wages.

That's not an encouraging bit of history for the current climate, given the latest reading on productivity. Nonetheless, today's news of slumping productivity isn't fatal, at least not yet, explained The Atlantic's Daniel Indiviglio:

After five quarters of growth, worker productivity fell in the second quarter by 0.9%, according to the Bureau of Labor Statistics. Even though this news sounds bad, there might not be any reason to worry yet. Productivity can't grow as steeply as it has recently forever, so a decline was inevitable. Indeed, economists expected it to fall by 0.4%, so the reported decline was only a little lower. Yet it might have been better if unemployment had declined more before productivity began falling.

True, but there's another catch, as Indiviglio noted:

While productivity's decline isn't necessarily a cause for deep concern yet, the report also indicated that unit labor costs are increasing. That's not good. They rose by 0.2% in the second quarter, making for the first increase in a year.

Rising labor costs, falling productivity and sluggish job growth? That's a toxic combination if—if—it rolls on. The fundamental challenge now is making a convincing argument for why this toxic trio doesn't have legs. Any takers?