The Problem With Bernanke's Leadership Style

While some think that Bernanke is displaying a lack of public leadership by not announcing a decisive stance on what needs to be done, economist Mark Thoma argues that this would limit the ability of other FOMC members to express their views. Unlike Greenspan's autocratic style, Bernanke appears to prefer a collaborative environment, which Thoma thinks is a good thing. See the following post from Economist's View.

Tim Duy emails a follow-up to an earlier post discussi 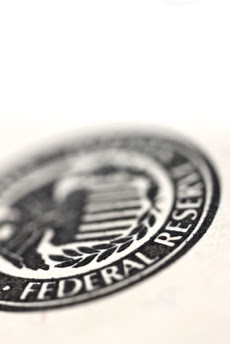 ng dissent within the Fed at the last FOMC meeting. One part of the WSJ article

reporting on the dissent says:

The meeting was a case study in Mr. Bernanke's management style, which reflects his days as chairman of Princeton University's economics department when he had to manage a collection of argumentative academics with strong personalities and often divergent views. Mr. Bernanke encourages debate and disagreement, and then weighs in at the end with his own decision, which has helped him win loyalty at the Fed, even among those who disagree with him, several officials say.

Uuhhg – I am too tired to address the WSJ Fed piece, and I don’t have time to tackle the piece, but you can add this if you wish:

I understand why his colleagues appreciate Bernanke’s management style, and why the media likes to ooze quiet praise on that style, but shouldn’t he be showing some leadership in the public as well? After all, the Federal Reserve, last time I checked, was not a University economics department. It is not the same. As we like to say in academics, the disputes are bitter because so little is at stake. Not so for the Fed. As an institution, it serves the public directly, and much, much is at stake. Perhaps it is time for Bernanke to stake out a public position. How exactly does he view the current economic situation in light of his work on Japan? For many of us, that work points to a much more aggressive policy stance. Is this the direction Bernanke wants to take? If so, why is he dragging his heels? If not, then what is different? This is the conversation I want to see him have with the public, on the record. And the sooner, the better.

What good is served by leaving so much uncertainty over what the Fed is likely to do next if various scenarios such as a stronger, weaker, or stagnant economy unfold? What could be the reason for Bernanke's reluctance to take his case to the public?

If Bernanke takes a particular position on future policy, that makes it very difficult for the Fed to do anything else without losing its credibility, and hence makes it difficult for other members of the FOMC to vote against such a proposal no matter how much they might disagree. If the Fed chair indicates one thing, and then the Fed lurches in another direction, that will hurt the Fed's credibility at a time when it doesn't have any credibility to waste. Even if Bernanke tries to make it clear that he is expressing his own views and not speaking on behalf of the FOMC, his views will still set the benchmark for thinking about where the Fed is headed next.

Unlike the Fed under Greenspan where the Fed chair used his influence to determine policy pretty much on his own, Bernanke has attempted to make the Fed a "a collection of argumentative academics" where everyone is allowed to have a say in the outcome. If he goes out in public and binds the Fed in advance, that undermines the more democratic committee process he has tried to create.

Should we worry about that?

I'm not sure I want to go back to the days of Greenspan, the other members of the committee should at least have some say in the policy decisions. It's true that the chair of the Fed should have the most influence over policy, that's intended in the design of the Fed as an institution, but the Chair should not run the entire show.

However, when there is considerable uncertainty due to disagreement on the FOMC, the Fed chair needs to use the influence bestowed upon him or her by the Fed's institutional arrangements, set a firm course for policy, and resolve the uncertainly. That might mean having lots of informal discussions with other members of the FOMC to make sure their views get a fair hearing, and some back and forth in the process, but at some point the Fed chair needs to step up and lead. Right now is one of those times.

Email ThisBlogThis!Share to TwitterShare to FacebookShare to Pinterest
Labels: Bernanke