The Media's Confusion About Gold

Whether gold is considered a commodity or currency can depend on who you ask. While it shares characteristics with most commodities, the behavior of gold prices doesn't always follow the path of other commodities. See the following post from The Mess That Greenspan Made.

What you read in the mainstream financial media abou 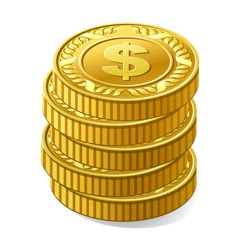 t gold never ceases to amaze and amuse. About a week ago, in this item at the Wall Street Journal MarketBeat blog, Matt Phillips said he was pretty, pretty, pretty skeptical about the shiny rock save for his belief that it’s a bubble. Today, sitting in for Jason Zweig in writing the Weekend Investor column, Jeff Opdyke thinks that the shiny rock is some sort of a shadow currency.

Rethinking Gold: What if It Isn’t a Commodity After All?

_
This won’t sit well with some people: Gold isn’t a commodity. There. I’ve said it.

But before you fire off an angry response, hear me out. The facts might change your view of gold’s role in a portfolio.

For a long time, we’ve all heard that gold is a commodity—no different, really, from silver or wheat or pork bellies. Its price ebbs and flows (supposedly) with inflation, which historically drives commodity prices.

Odd, then, that gold’s elevated price hasn’t fallen in response to tepid U.S. inflation numbers. The Consumer Price Index as of July pegged inflation at just 1.2% for the previous 12 months, not counting seasonal adjustments. Nor has gold reacted to what Mohamed El-Erian, Pimco’s chief executive, recently called “the road to deflation” on which he sees the U.S. traveling.

The conventional wisdom holds that neither of those scenarios—low inflation or deflation—should be good for gold. And yet it refuses to abandon record highs in the $1,200-an-ounce range. Something seems amiss.

Yes, something is definitely amiss, but it’s not gold. Gold just sits there, waiting to be dug up out of the ground or pulled out of some vault and sent off to some other vault while central bankers run their printing presses non-stop in order to get the ailing economy – its ills widely believed to be a result of too much easy money – back on its feet.

It is truly remarkable that there is such great interest in a metal whose only real purpose in the world is to make paper money look bad in comparison.

Actually, it’s not remarkable at all – unless you’re part of the mainstream financial media.

After seeing only a modest correlation between inflation and gold and the much stronger inverse relationship between gold and the trade-weighted dollar, Opdyke figures the yellow metal is some sort of an anti-dollar or a shadow currency of some kind that is sending off signals about the “potential diminishment” of the purchasing power of paper money.