Corporate Spending Focused On Productivity Rather Than Expansion

Although GDP growth is projected to slowdown in the third quarter, many analysts think that a double dip is still unlikely. Slow jobs growth remains a concern while corporate spending appears to be focused on productivity rather than expansion. See the following post from The Capital Spectator.

The July jobs report was a mixed bag, as we discus 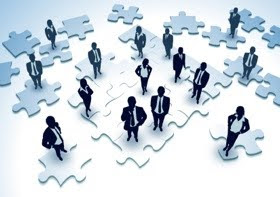 sed on Friday. What does the punditocracy think? A brief sampling...

Seattle Times:
"If we don't see significant job growth by the end of the year, the economy could be in serious trouble," said Bill Cheney, chief economist at John Hancock.

San Francisco Chronicle:
"A double dip (recession) is not likely, but not out of the question," said Sung Wohn Sohn, an economics professor at California State University Channel Islands.

LA Times
"A significant portion [of corporate spending] is going into equipment and software that are bolstering productivity as opposed to gearing up for expansion and job growth in the near term," said economist Lynn Reaser, president of the National Assn. for Business Economics, after analyzing government data on business spending.

Bloomberg News:
The U.S. labor market’s “weak and faltering” recovery doesn’t imply the economy is sliding back into a recession and may instead reflect productivity gains, said Stanford University economist Robert Hall, who heads the National Bureau of Economic Research’s business-cycle dating committee. “So far, there has been no second dip,” Hall, whose group is tasked with marking the start and end of recessions, said in an interview.

Politico:
Christina Romer, chairwoman of the Council of Economic Advisers said in a White House blog post cautioned not to read too much into any one month's job figures. "We have made substantial progress from the days when employment was declining by 750,000 a month," she said. "But, today’s employment report emphasizes just how important the additional jobs measures before Congress are. …There will likely be more bumps in the road ahead as the economy recovers."

Investment Postcards From Cape Town:
My estimate of the July GDP-weighted PMI (manufacturing and non-manufacturing) of 52.5/53 fell short of the actual 54.58 as the ISM non-manufacturing PMI surprised on the upside. The latest GDP-weighted PMI is suggesting that US GDP growth in the third quarter could be running at approximately 3% on a year-ago basis compared to my previous estimate of 2% to 2.5%. Coming off a high base, the 3% year on year effectively entails that on a quarter-on-quarter annualised basis GDP growth in the third quarter has slowed to approximately 1% from 2.4% in the second quarter. Yep, the double dip pundits will have a field day despite a steady growing economy!

The Wall Street Journal:
The discouraging jobs report sets the stage for intense debate at Tuesday's meeting of Federal Reserve policy makers about whether to do more to spur recovery. A key item on the agenda is likely to be whether the Fed should tweak its strategy for managing its $1.1-trillion portfolio of mortgage backed securities so holdings don't shrink in the months ahead. The weak jobs numbers -- evidence that the economy lacks strong growth momentum -- ensure that altering the portfolio strategy gets serious consideration though change isn't a certainty.