Professor Peter Morici argues that undervaluation of the Chinese Yuan is limiting the impact of government stimulus and that China owns so much US debt that it effectively caps medium and long-term lending rates. Professor Morici suggests taxing dollar-yuan and dollar-euro conversions to stimulate a stronger Yuan. See the following article from The Street.

U.S. unemployment is stuck near 10%, and deflation and a 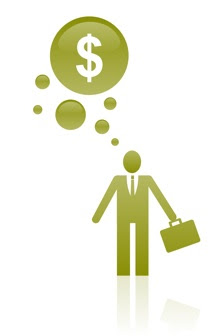 The Federal Reserve and President Obama are out of bullets. Near-zero federal funds rates, central bank purchases of mortgage-backed bonds and other securities, and a $1.6 trillion deficit have failed to revive the economy

This is no mystery.

China fixes the value of the yuan against the dollar at an arbitrarily low level to make its products much less expensive than U.S. goods. This juices China's exports and limits imports beyond what its low labor costs advantage require.

Beijing prints yuan, to purchase dollars in foreign exchange markets -- suppressing the value of the yuan against the dollar by about 40%. It uses those dollars to purchase U.S. Treasuries and other Western debt, and to buy oil and other mineral deposits around the world.

The net effect is to suppress medium- and longer-term U.S. interest rates. For example, when the Federal Reserve raised the federal funds rate from 1.25% to 5.25% from 2004 to 2007, bond rates did not rise much, and mortgage money remained cheap and easy, helping finance the U.S. real estate bubble. Similarly, easy credit helped the U.S. and European governments dig into their present fiscal messes.

President Obama has countered with massive stimulus spending, but temporary tax cuts generate a lot of savings, and his spending on real goods have too often gone into Chinese imports or projects that only displace private investments. For example, the amount of commercial space built over the next several years depends on anticipated demand, and subsidies for green buildings only change the character of what gets built. They don't change very much the absolute amount of space that gets constructed.

The combination of a huge trade deficit with China and the bursting of the credit bubble has left U.S. housing and other asset prices deflated, unemployment near 10% and the U.S. economy laboring under deflationary pressures.

Deflationary pressures play out in high unemployment or falling prices, and so far we have gotten a lot more of the former than the latter.

China has enjoyed breakneck growth, but all those yuan printed to buy dollars have returned to China, through export sales and foreign investment, and have created Chinese inflation and asset speculation.

Now, China's high property and stock prices look as though they could be ready to collapse and take down China's miracle.

In 2009, China printed about $450 billion in yuan to purchase foreign currency that has mostly returned home through export sales. That came to about 10% of China's GDP. If a bank won't lend money to an entrepreneur or home buyer, surely a Chinese merchant with a shoebox full of cash can accommodate.

China can't unwind inflation, asset speculation and a threatened collapse in housing and stock prices without unwinding its currency market intervention and letting the yuan rise to its market value against the dollar.

The U.S. and Europe can't solve their growth, unemployment and budget problems without China revaluing the yuan. More taxes will only drive down Western growth and increase unemployment, no matter how much President Obama believes high taxes on upper classes are a moral imperative.

China could revalue in steps, or the United States and EU could impose gradually increasing taxes on dollar-yuan and dollar-euro conversions to simulate the effects of a stronger yuan on Western and Chinese economies.

No other fiscal policy or monetary scheme will work as long China's currency is so undervalued.

This article by Professor Peter Morici was republished from The Street.
Posted by: NuWire Investor @ 5:53 AM