The US trade deficit in May declined slightly from April primarily due to lower oil prices. At the same time, trade deficit levels remain high and Peter Morici warns that they will continue to persist unless action is taken to address US dependence on foreign energy resources and the undervalued yuan. See the following post from The Street.

On Tuesday, the Commerce Department p 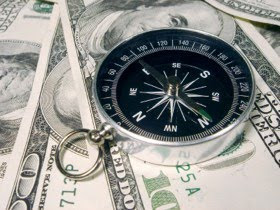 lans to report the international trade deficit in goods and services.

Analysts forecast that the deficit was $39.0 billion in May, down slightly from the $40.3 billion deficit in April because of lower oil prices.

Nonoil and petroleum imports are rising faster than exports, and the overall trade deficit will increase sharply when oil prices rebound, threatening the economic recovery.

President Obama has cautioned Americans about the dangers of another boom financed by excessive borrowing, but unless the administration implements policies to reverse the huge trade deficits on oil and with China, the nation risks economic stagnation or depression.

The trade deficit rose dramatically during the Bush expansion and was $66.4 billion in July 2008. This depressed demand for U.S.-made goods and services, causing layoffs in manufacturing and supporting service industries, even as finance, housing, retailing, and other industries grew more important.

Financing a trade deficit exceeding 5% of GDP required massive capital inflows from China and other nations, and those investments suppressed long-term interest rates and instigated excessive risk taking in the bond market.

Reckless banking practices and shoddy bond ratings permitted the indiscriminate securitization of mortgages and other consumer and business loans, bubbles in residential and commercial real estate values, and overleveraging by consumers and businesses.

When the bubble burst and consumers and businesses cut back spending, layoffs spread from manufacturing through the entire economy and cascaded into the Great Recession.

The trade deficit bottomed at $24.9 billion in May 2009, just before the current economic recovery began. Now, a rising trade deficit and continued weakness among regional banks threatens to derail the recovery.

If the economy goes down a second time, it will not likely recover easily or quickly. The unemployment rate will rise into the teens, and conditions reminiscent of the Great Depression will prevail through much of the nation.

Oil and consumer goods from China account for nearly the entire trade deficit, and without a seismic change in energy and trade policies, the U.S. economy faces grave peril.

Detroit can build many more attractive and fuel-efficient vehicles now, but for cumbersome union contracts and government regulations. A national policy to replace the existing fleet would reduce imports and spur growth

President Obama's soft policy toward China fails to address an even bigger menace.

To keep Chinese products artificially inexpensive on U.S. store shelves and discourage U.S. exports into China, Beijing undervalues the yuan by 40%. It accomplishes this by printing yuan and selling those for dollars to augment the private supply of yuan and private demand for dollars. In 2009, those purchases were about $450 billion, or 10% of China's GDP, and about 35% percent of its exports of goods and services.

In 2010, the trade deficit with China reduces U.S. GDP by more than $400 billion or nearly 3%. Unemployment would be falling and the U.S. economy recovering more rapidly but for the trade imbalance with China and Beijing's protectionist policies.

In June, China indicated it will adopt a more flexible exchange rate policy, but it has made clear Americans should not expect a dramatic change in the value of the yuan.

Simply, Beijing views its exchange rate policy as a tool for domestic economic development, but this policy imposes high, chronic unemployment on the United States and other western countries.

President Obama should impose a tax on dollar-yuan conversions in an amount equal to China's currency market intervention divided by its exports -- in 2009 that was about 35%. For imports, at least, that would offset Chinese subsidies that harm U.S. businesses and workers.

After diplomacy has failed for both Presidents Bush and Obama, inaction amounts to appeasement and the wholesale neglect of President Obama's obligations to create jobs for U.S. workers and avert economic calamity.