Human Irrationality And The Next Major Currency Event

Moses Kim discusses the advantages of avoiding mainstream thinking and why you should pay attention to cues in the government to prepare for the potential of a collapse in confidence. Human irrationality can also play a role in unexpected currency volatility or hyperinflation, which would send gold prices much higher. See the following post from Expected Returns. 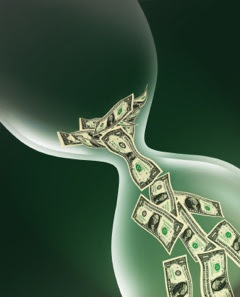 One of the perks of being a private investor is the autonomy to think independently. In general, people are reluctant to think outside the box and risk the derision of their peers. As such, people defer to the wisdom of the "experts" on Wall Street and academia. Most people voluntarily muzzle their natural human tendency to question, question, question.

We all saw between 2007 and 2008 that the mainstream is dead wrong at inflection points since the mainstream plays it safe. They see no crashes. They see no recessions. They see no gold bull markets. As John Maynard Keynes said, “It is better to fail conventionally than to succeed unconventionally.” At major turning points, you will only get real insights from people who are more concerned with the truth than being politically correct.

I am shocked that false assumptions perpetuate from one generation of analysts to the next (stocks are a leading indicator; interest rates fall in bull markets, etc.) But as an analyst straight out of college, who are you to question the standard wisdom that falling interest rates result in higher stock valuations? You are not going to run the data and tell your boss, "Hey man, you're wrong." So for the most part, analysts are stuck inside their box of stale thinking. They cannot think dynamically.

Wall Street will try to complicate their analysis with algorithms and mathematical formulas when investing is 90% about common sense (which by the way, is not common). Even quants admit they purposely complicate their mathematical models so that the sheer elegance of their models will confirm their reliability. What a joke.

Most models are useless, and the most profound concepts are expressed simply. There is really only one thing you had to know the past decade to outperform 99.9% of investors: Gold is in a bull market. You simply had to understand cycles and recognize that the dollar was entering a bear market. With this one piece of insight, you could have closed your eyes, bought a gold index, and taken a 10-year vacation.

In the next 5 years, I believe it is imperative you also understand that gold rises when confidence collapses. This distinction is critical, since the dollar may rise temporarily with gold in a flight to safety, as we've seen this year.

When confidence falls, gold rises. This has been proven repeatedly in history (i.e. the Great Depression, the Stagflationary 1970's, Panic of 1869). Our leaders are so inept you almost believe they are doing it on purpose. They are creating a total collapse of confidence in government that will lead to truly crazy events.

Every time you see the state of Illinois raise public salaries when they are bankrupt, buy gold. Every time our government waxes poetic about austerity while running $1 trillion dollar deficits in the first 9 months of fiscal year 2010, buy gold. When Helicopter Ben is admittedly befuddled by the rise in gold, buy gold. When will people figure out our leaders at all levels have no clue what they are doing?

People still cling to a misguided hope of actual reforms in government. Unfortunately, change will not arrive without major upheavals. Our leaders never foresee crises; they just react in panic to them.

I personally believe investors downplay the role of irrational human behavior in markets. Shifts in confidence occur subtly, but they conclude dramatically.

The major hyperinflationary events display a human component. Money supply is never directly correlated with monetary inflation in the short run. In other words, debasements are not mere monetary events- they are psychological events. Hyperinflations result from the convergence of psychology and monetary policy.

Everyone saw how quickly the Euro, not so long ago the darling of currencies, was brought down by speculators. I am trying to warn you that the volatility in currencies will be nuts. It will be unlike anything you have ever seen, and it will be global in scale. The volatility we have seen are simply the birth pains of a future currency crisis.

If you open your eyes, you will see striking similarities between our sovereign debt crisis and the recent banking crisis. If you recall, banks funneled debt off balance sheet and announced to the world that they were solvent. They marked their assets according to their own internal models rather than reality. Investors swallowed these lies because "technically" these banks were solvent. Banks kept pumping out record profits, so people really started believing the lies. It was only a matter of time before there was an epic collapse. Once it came, it was swift, unexpected, and painful.

The deception regarding U.S. government debt is the same. You will hear some of the most amazing defenses of U.S. government debt. People play semantic games and claim the U.S. has no foreign denominated debt. But gee, the dollar is the global reserve currency- what the heck do you expect? Peso denominated debt? And since yields are currently historically low, people start to say "Hey, maybe U.S. government debt actually is the best!" They flock into bonds right when they're ready to reverse, just like they flocked into financials before they went to 0.

The government claims Social Security is solvent because we replace assets from the trust fund with government debt, then carry it as an asset on our books. Ok, so somehow this isn't debt because our government lies? "Officially" we are solvent, but "official" lies don't drive markets in the long run.

Who do you believe?

It all comes down to this: will you make decisions based on government lies or reality? Will you trust mainstream analysis, which has consistently been wrong for the duration of this crisis, or "extreme" analysis? This is not so much an attack on the financial industry, but a call for investors to think for themselves. Test all assumptions and you will find many of them are wrong.

No one wants to believe the truth at major inflection points; it's too unsettling. But we must face the facts. Facing the dire facts of our national financial situation doesn't mean you are a pessimist. In fact, studies show that optimists focus on problems more than pessimists because they are searching for solutions. The pessimist who fancies himself an optimist puts his head in the sand and hopes the problems will magically disappear. As you can see, most people are technically pessimists. They would rather watch TV than demand real, substantive change from our government.

Fundamentally nothing has changed. Gold is going to the moon and beyond. U.S. bonds will eventually crack big-time.

P.S. I am still working on a more comprehensive look at the debt crisis in the U.S., including a conjecture on what the "point of no return" will be.