Following a bad prediction that the euro would bounce back, Goldman Sachs is projecting an oil price increase due to tightening in the balance between supply and demand. They expect further global economic growth to increase demand, although signs point to a slowdown or double dip in US growth. See the following post from The Mess That Greenspan Made. 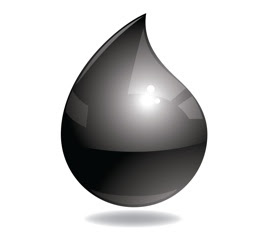 Sachs, just doesn’t seem to be dispensing the same kind of sure-fire, money-making advice that they used to. After urging bets on a resurgent euro as it continued to plumb new lows in the spring (did they stick with that one long enough to be benefit from the June turnaround?), they’ve consistently called for higher oil prices, the latest recommendation coming yesterday in this story at Bloomberg.

Oil Near 11-Week High; Goldman Says Crude Too Cheap
_
Oil traded near an 11-week high in New York as equities rallied around the world and Goldman Sachs Group Inc. said crude prices are too cheap.

Oil was at about $79 a barrel before a government report due tomorrow that may show U.S. fuel supplies increased last week. Goldman Sachs said futures prices are “significantly” below the level warranted by “fundamentals,” offering buying opportunities for this year and next.
…
Goldman Sachs said in a report yesterday that the balance between supply and demand will continue to tighten in the second half of this year as global economic growth boosts demand, returning inventories to “more normal” levels.

Crude oil looks to be a one-way bet this week – down – and it’s not clear how that’s going to change in the near-term given all the economic data now piling up that all points to a dramatic slowdown in U.S. growth if not a double-dip recession. Of course, anything could happen in China (and probably will), but, it’s hard to imagine how we’ll see substantively higher oil prices without some signs that growth is increasing, not decreasing.