Many Americans Still Stressed Out About Debt

While we wait to see the retail numbers from Memorial Day weekend sales, a report indicates that American's level of debt-related stress has remained virtually unchanged over the past year despite credit card debt declining slightly. The survey cited by the AP found that families with incomes of over $50,000 cut their credit card debt in half over the past year. See the following post from The Mess That Greenspan Made.


A few gems from this AP report about a recent surv 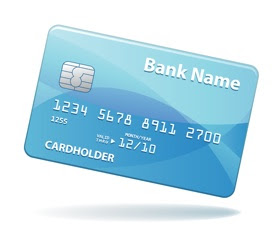 ey they conducted along with GfK Roper Public Affairs & Media in which little or no improvement was seen in debt-related stress from a year ago – just after the worst of the financial market crisis.

Families with incomes over $50,000 have sliced their credit card debt by more than half, yet their stress from debt hasn’t changed much — it’s moderately low. Families with incomes under $50,000, however, have added only slightly to their debt, while their stress level rose sharply.
…
Paul J. Lavrakas, a research psychologist and AP consultant who analyzed the AP-GfK survey, finds that among those with the most stress from debt are women, married couples, people age 30-44, and the poor — households with incomes less than $20,000.

Those with the least debt stress include men, retired people, single people, those 60 and older, and the wealthy — households with incomes greater than $100,000, he says.

Last year, Democrats felt better about their finances than Republicans, despite generally being in worse shape. That sense seems to have worn off: Democrats now report higher debt stress levels on average than Republicans.

Remarkably, those with little or no debt have little or no stress when it comes to that debt, living within ones means having a clear advantage for some people. Of course, these modest spenders may not have as many big screen TVs, jets skis, and RVs either, consumer purchases that, while clear “debt enhancers”, have proven to be great “stress relievers”.