How Policy-Makers Are Destroying The Capitalist System

Peter Morici from The Street rants about how misguided ideals are crippling the western capitalist system while China is growing at 10 percent a year. He points to the government's promises of unaffordable entitlements and the lack of focus on actual wealth creation as fundamental problems. See the following post from The Street.

Democratic capitalism is in 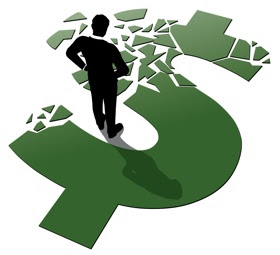 Democratic capitalism is not flawed. Rather, government policy-makers are destroying a system that took mankind from dark feudal superstitions to cracking the secrets of life with deceptions, delusions and abuse.

From Athens to Sacramento, politicians have deceived voters by telling them pension systems can be constructed allowing retirement at ages 55 or 60. Whether funded by savings and investments or taxes, no solvent pension system is possible that permits educated professionals, unionized workers and government employees, who get most of the income and benefits, to work only 30 or 35 years and retire for another 20 or 25 years.

In the United States, President Obama has convinced American families earning less than $250,000 a year that they can have guaranteed health care that costs 50% more than what Germans and Canadians pay and double what the British shell out without paying a dime in additional health insurance premiums and taxes.

To make that work, he will have to start selling shares in the Brooklyn Bridge --thankfully Mayor Bloomberg owns it.

Sadly, after Greece defaults the dominos won't stop in Berlin but in Washington.

Politicians have deluded themselves into believing an education system that encourages young people to "find themselves" instead of "finding something productive" will give society enough scientists and engineers to solve the tough problems needed to perpetuate growth. They have deluded themselves into thinking that professors spending six hours a week or less teaching and the rest thinking great thoughts, or verbally pistol-whipping the society that supports them, is somehow wealth-creating.

Finally, free markets can't be wholly free but from Tokyo to Berlin national leaders have peculiar notions about who should compete, who should be regulated and how.

Most national leaders having been educated in squeaky clean environs like Harvard, Oxford and the University of Tokyo believe anything created by hand, other than an exquisite meal or with a computer keystroke, is somehow unworthy of western post-industrial society.

Hence, they have granted virtually free access to western markets for manufacturers from China. For its part, China maintains high tariffs and other arcane import barriers on western products, subsidizes exports through an undervalued currency, and offers other inducements to keep Chinese products artificially cheap on world markets. China grows at 10% a year, and the West sheds millions of "unworthy" manufacturing jobs and stagnates.

Meanwhile, in New York, London and elsewhere 30-year-old MBAs pull down bonuses of one, 10 and $20 million a year for trading securities that really don't exist and creating havoc that have cost U.S. and European governments upward of $4 trillion to clean up.

Simply, on Harvard Square and at Kings College, where tenured professors supported by the wealth of dead people inbreed and define our values -- remember where Barack Obama learned about law and economics -- the intelligentsia has decided IT entrepreneurs, financiers and Hollywood stars should be paid more than God.

The rest of us, suffering this abuse, should be satisfied with low pay, unemployment benefits and subsidized health care, all paid for borrowing from the Chinese.

From Barack Obama to Angela Merkel the system is suffering from delusions of grandeur, self deception and good old fashioned abuse by leaders who address the world as Ivy League intellectuals think it should, rather than how the facts of physics, demography and economics define it.

This article has been republished from The Street, an investment news and analysis site.
Posted by: NuWire Investor @ 5:57 AM