Forecasters Predict Half A Million New Jobs In May

While May's numbers are predicted to reveal an encouraging half million new jobs, there are several factors still hindering a strong jobs recovery. The most damaging of these factors may be the continuing trade imbalance with China which may require a stronger approach if the US is to bring unemployment down to acceptable levels. See the following post by Professor Peter Morici from The Street.

Economists expect a strong jobs report for May, b 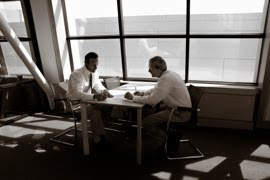 ut the unemployment rate is expected to ease only slightly.

The Labor Department on Friday will release May employment data and forecasters expect something north of 500,000 new jobs. Many jobs, however, are in the public sector reflecting stimulus spending. Manufacturing is expected to add a respectable 30,000 new positions.

Unemployment is expected to only fall to 9.8% from 9.9% in April because many sidelined adults, sensing improved conditions, started looking for work.

The big challenge is to keep gross domestic product growing at least 3% to pull down unemployment.

Much recent growth has been inventory adjustments, and sustainable growth, reflected in real consumer and business investment demand, has been only about 2%. As stimulus spending tails off, new sources of demand will be needed.

If the economy keeps growing at 3% the balance of 2010 demand for new capacity -- improved rental housing, better located new homes, and commercial construction for retail and factory improvements -- should accelerate in 2011. Auto sales, currently a bit above 11 million a year, should move up to 12 million plus with noticeable multiplier effects in the Midwest and upland South.

On this side of the pond, greater realism is needed about U.S. budget challenges as the recovery continues or America will join Europe down the proverbial drain of financial self abuse. Near term, demand must be fired up to significantly dent unemployment.

The economy must add more than 13 million mostly private sector jobs to bring unemployment down to 6% by the end of 2013.

Businesses need customers and capital to invest in new facilities and jobs and private demand growing at less than 2% and troubles at regional banks remain huge problems.

The trade deficit -- in particular huge imports of oil and the imbalance with China -- cuts a wide hole in demand for U.S. goods and services. Without addressing oil and China, creating enough new jobs is daunting.

Detroit has the technology to produce much more efficient vehicles now and a shift in national policy to rapidly build these would push out imported oil and create many new jobs.

China maintains an undervalued currency that makes its products artificially cheap and deceivingly competitive on U.S. store shelves and it practices virulent protectionism against U.S. exports.

China will not respond to diplomacy and reason. President Barack Obama and Treasury Secretary Timothy Geithner should quit the hand-wringing and implement comprehensive policies to counter Chinese abuse of free trade. That would begin with a tax on dollar-yuan conversions that would raise the price of Chinese imports to their true cost to the U.S. economy.

Regional banks, which serve small- and medium-sized businesses, remain burdened by failing commercial real estate loans and mortgage-backed securities. The Troubled Assets Relief Program was intended to remove many of those loans from their books but has often been abused by policymakers to aid political constituents on Wall Street and Detroit.

A Savings and Loan Crisis-era Resolution Trust could relieve regional banks of troubled loans, earn a profit for the government, and give small- and medium-sized businesses adequate bank credit again.