Peter Morici from The Street writes that Obama needs to stop blaming Bush for the economy's problems and start addressing issues that are still slowing growth. Morici suggests that Obama should address the lack of available credit and take a harder stance with Chinese trade policies. See the following post from The Street.

Either President Obama fixes what's broken in the econ 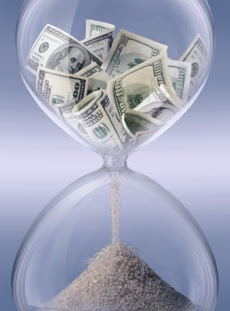 omy, or he will be remembered for spending his entire first term blaming George Bush.

Last week's jobs report was terrible for the 11th month in a recovery.

With nearly $800 billion in stimulus spending at its point of maximum impact, federal employment -- net of temporary census jobs -- was up a mere 1,000 in May.

Private-sector employment was up an insignificant 41,000, only one-fourth the pace of the previous two months. Retailers are again cutting employment, as consumers, turned pessimistic, flee the malls.

After all, health care reform and the prospects of much higher taxes and more regulations are causing U.S. businesses to rush out and hire everyone they can before all the able-bodied are gone.

The economy is skating precariously on the edge of a second dip -- this time into a depression -- and the president should radically alter policies to ensure that doesn't happen.

The Motor City is motoring again. U.S. automakers are gaining market share over import rivals, because Ford(F) has convinced car buyers that Americans can still make quality vehicles -- without a government bailout or blaming prior management for a heavy debt burden.

Now Americans are finally willing to test drive not just Fords, but GM and Chrysler cars too.

It's amazing what a focus on the customer can do!

Now is the time to apply that thinking to Washington.

The recovery is faltering because U.S. businesses lack customers to justify new employees and the capital to expand, and they want help on both scores.

Demand for U.S. products is growing just 2% a year because of a gapping trade deficit -- purchases of oil and from China are sending too many dollars abroad that don't return to buy U.S. exports.

Businesses don't have the capital they need, because the TARP did not fix the balance sheets of the 8,000 regional banks, which finance most small and medium-sized businesses. Instead, it was used by the Bush and Obama administrations to finance more trading and big bonuses at Wall Street banks.

Rather than denying the lousy jobs report, President Obama should use it to justify tackling the trade deficit and shortage of capital with the same energy he condemns his Republican predecessor, whose policies he continues: fruitless talks with China and soft financial reforms.

Now, China, thanks to its artificially undervalued yuan, is suffering inflation, and is raising interest rates. And, Europe has run through the bond market's patience and must cut spending.

Those policies are hauntingly Hoover-esque and could cast the global economy into a long and painful depression, unless U.S. policy counters.

The U.S. already has the most stimulative fiscal policy imaginable and rock-bottom interest rates, but President Obama has other options if he can well up the courage to ignore his Ivy League advisers.

Detroit has the technology to produce much more fuel-efficient vehicles now, and a national policy to rapidly build those would push out imported oil and create many new jobs.

China buys dollars and sells yuan to keep its products artificially cheap on U.S. store shelves, and Beijing will not quit this mercantilism until the U.S. acts.

The U.S. should tax dollar-yuan conversions to raise the price of Chinese imports to their true cost to the U.S. economy. This would increase demand for U.S. manufactured goods and impel China to refashion policies toward internally driven growth, lower inflation and more reciprocally beneficial bilateral commercial relations.

The creation of an entity like the Resolution Trust Corp., which dealt with the Savings and Loan Crisis, could relieve regional banks of troubled loans and mortgage-backed securities, make a profit for taxpayers, and get banks lending to businesses and homebuyers again.

At some point a successful president must abandon textbook economics, embrace pragmatism and stop blaming his predecessor for the hand he was dealt.

For Barack Obama, that time is now.

This article has been republished from The Street, an investment news and analysis site.
Posted by: NuWire Investor @ 5:50 AM