Are Bubble Predictions Useful To Investors?

While there will always be people predicting bubbles in various asset classes, this may not be very helpful to investors because of the vagueness of these predictions, especially as it relates to time. However, there is some evidence that supports that risk is elevated when fundamental valuation metrics go to extreme levels. See the following post from The Capital Spectator.

They’re everywhere. In that market, in this country 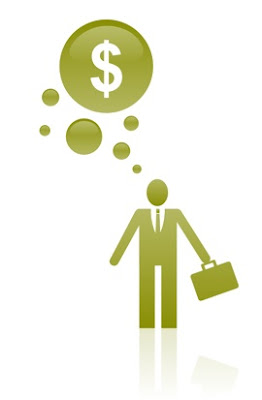 . The bubble detectors are out and about and productivity is up. If you don’t see the bubbles, well, you’re just not looking hard enough…or reading the right columnists.

A few examples of recent vintage…

"The bond market is a bubble," says Robert Froehlich, senior managing director of the Hartford Financial Services Group. "And it's getting ready to burst."
CNNMoney.com

"The next bubble -- and this is the lesson of what this Greek drama was all about -- is sovereign debt." (John Hathaway, Manager, Tocqueville Gold Fund)
Barron’s

…gold is in a nascent bubble.
The Gold Bubble blog

The Australian dollar faces a "bumpy and volatile ride" because of the risk that China’s property bubble may deflate, HSBC Plc said…
Bloomberg BusinessWeek

The notion of a bubble implies that returns are predictable, and in a timely manner. Simply claiming that a given market is destined to correct, fall, crash or implode at some indeterminate point in the future isn’t enough. Even a broken watch is right twice a day. Is there a statute of limitations on predicting the end of a bubble? No, but there should be.

It's no great surprise to learn that bubbleologists prefer to shy away from precise or even semi-vague predictions tied to a specific point in the future. I don’t blame them. After all, who wants to look foolish by claiming that the bubble in market X will pop in 13 months and four days. A preferable formulation is something along the lines of: We think valuations are overextended and the risk of a correction is high.

Of course, some commentators aren’t shy about throwing caution to the wind and invoking the "B" word directly. George Soros went out on a limb in January and opined that gold was in "the ultimate bubble." And Warren Buffett wrote in Berkshire Hathaway's 2008 annual report that the U.S. Treasury market was a "bubble" in late-2008. But bubble logic isn't always, well, logical.

Gold, of course, is up about $100 since January, reaching a new all-time high yesterday. As for Treasuries, they didn't do so badly. As one example, the iShares Barclays 7-10 Year Treasury ETF (IEF) posted a 10.4% total return for the year as of yesterday's prices, according to Morningstar. For the past three years, IEF's annualized gain is 9.5%.

Bubbles, it seems, are a slippery lot. Yes, sometimes the pricking of bubbles arrives more or less as expected, but not always. But if you believe in bubbles--more to the point, the ability to profit from them--the opening quotations offer ample opportunity for making a tidy bundle. You'll also have plenty to read from like-minded analysts, such as When Bubbles Burst: Surviving the Financial Fallout and Bubbles, Booms, and Busts: The Rise and Fall of Financial Assets.

Bubble talk has lots of appeal at times, and with the benefit of hindsight some of the chatter turns out to be accurate. Focusing on the bubble forecasts that turned out right suggests that it's productive to look for bubbles on a regular basis. So why aren't more people getting rich from identifying bubbles in advance? Maybe the question should be: Is anyone profiting from bubble predictions? Yes, someone is. Maybe lots of them. But is there any way to objectively document the good fortune? Meanwhile, since we're asking questions, how might you distinguish bubble profits from an otherwise talented investment strategy? Or maybe they're one and the same. Meantime, how should we think about the bubble forecasts that went bad? There's plenty of those as well. Does their existence imply that we should ignore bubble predictions?

Bubbles, it seems, are complicated. Sure, bubbles exist, but they're not always obvious ex ante, even if they're clear as a bell ex post. Or as Charles Kindleberger wrote in his classic Manias, Panics, And Crashes, financial crises are "a hardy perennial."

But as investors should we ignore bubble talk? No, not necessarily, although not all bubble predictions (or bubbleologists) are created equal. There's plenty of research that tells us that when fundamental valuation metrics on the stock market (dividend yield, price-earnings ratio, etc.) go to extremes, future returns have a tendency to suffer or benefit accordingly. Timing is still critical, and it opens the door for debate. Still, financial economists have found quite a bit of evidence that risk premia aren't randomly distributed, which means that there's varying degrees of predictability for asset classes through time. But just don't bet the farm on it.

As the old saw reminds, Predicting is difficult…especially about the future.