State Governments To Be Forced To Cut Millions Of Jobs

With 49 states required to balance their budgets annually and the vast majority of them facing billions of dollars in budget gaps over the next two years, many economists foresee states reducing state government jobs and services in addition to raising taxes. At the same time, the federal government has continued to support and pass legislation that supports bailing out big business, while small businesses suffer from lack of available credit and increased taxation. See the following article from Expected Returns.

Whitney penned a nice piece in the Wall Stre 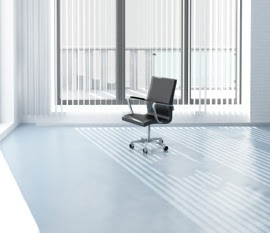 et Journal this morning that highlights the challenges facing small businesses and states moving forward. She also notes the potential for regulatory reform to do more harm than good (as usual). From the WSJ:

The next several weeks will be critically important for politicians, regulators and the larger U.S. economy. First, over the next week Capitol Hill will decide on potentially game-changing regulatory reform that could result in the unintended consequences of restricting credit and further damaging small businesses.

Second, states will approach their June fiscal year-ends and, as a result of staggering budget gaps, soon announce austerity measures that by my estimates will cost between one million to two million jobs for state and local government workers over the next 12 months.

Typically, government hiring provides a nice tailwind at this point in an economic recovery. Governments have employed this tool through most downturns since 1955, so much so that state and local government jobs have ballooned to 15% of total U.S. employment.

However, over the next 12 months, disappearing state and local government jobs will prove to be a meaningful headwind to an already fragile economic recovery. This is simply how the math shakes out. Collectively, over 40 states face hundreds of billions of dollars in budget gaps over the next two years, and 49 states are constitutionally required to balance their accounts annually. States will raise taxes, but higher taxes alone will not be enough to make up for the vast shortfall in state budgets. Accordingly, 42 states and the District of Columbia have already articulated plans to cut government jobs.

We are seeing the type of headwinds that are not characteristic of a typical recovery. State and local governments are clearly in a cycle of contraction, and without a genuine and substantial boom in economic activity, this downward cycle will pick up steam.

The federal government will eventually step in to plug state budget holes, but the question arises: Who will bail out Uncle Sam? The drama playing out in the Eurozone should serve as a warning to our government that you can't print money without consequences.

Small businesses continue to struggle to gain access to credit and cannot hire in this environment. Thus, the full weight of job creation falls upon large businesses. It would take large businesses rehiring 100% of the three million workers laid off over the past two years to make a substantial change in jobless numbers. Given the productivity gains enjoyed recently, it is improbable that anything near this will occur.

There is a troubling disconnect developing between big and small businesses. The "too big to fails" are humming along nicely due to never-ending handouts from government coffers. Small businesses, on the other hand, are still faced with a contracting credit environment. The asymmetry in the government's response to the plight of small businesses and average Americans is concerning.

Unless real focus is afforded to re-engaging small businesses in this country, we will have a tragic and dangerous unemployment level for an extended period of time. Small businesses fund themselves exactly the way consumers do, with credit cards and home equity lines. Over the past two years, more than $1.5 trillion in credit-card lines have been cut, and those cuts are increasing by the day. Due to dramatic declines in home values, home-equity lines as a funding option are effectively off the table. Proposed regulatory reform—specifically interest-rate caps and interchange fees—will merely exacerbate the cycle of credit contraction plaguing small businesses.

If banks are not allowed to effectively price for risk, they will not take the risk. Right now we need banks, and particularly community banks, more than ever to step in and provide liquidity to small businesses. Interest-rate caps and interchange fees will more likely drive consumer credit out of the market and many community banks out of business.

Government "reforms" tend to have unintended consequences that make the situation worse in the long run. Governments create minimum wage laws to protect workers, then act confused when low-skilled labor is priced out of the market. They mandate home loans to credit risky individuals, then act surprised when subprime blows up. When the government actually creates a reform that has proven to work effectively for 70 years (Glass-Steagall), they remove it in the name of "financial innovation." 8 years later, the whole financial edifice is in danger. So this isn't a black and white issue about regulation vs no regulation; it is a matter of the right regulation.

Interest rates are the mechanism by which lenders price risk. By manipulating interest rates either by decree or regulation, the government creates distortions in the economy. They create booms that end in spectacular busts. Our leaders seriously have no clue. They never learn. Every day that passes I become more convinced that we are setting ourselves up for a major crisis.