The Relationship Between Government Debt And Economic Growth

While a prominent research paper has shown a relationship between high levels of government debt and slower growth, it is not known whether a causal relationship exists. The last time the US had a debt to GDP ratio was this high was following World War II. See the following post from The Capital Spectator for more on this.


Paul Krugman questions the central finding in a new Reinh 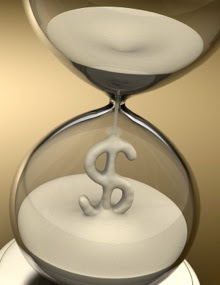 art-Rogoff research paper that focuses on the apparent linkage between government debt and economic growth. The study ("Growth in a Time of Debt") has been cited in the discussions in Washington re: the budget deficit, as The Hill reported here. The central point in the paper: when debt rises to 90% of GDP, growth "deteriorates markedly," according to Carmen Reinhart, an economist at the University of Maryland and co-author of the paper. Krugman isn't so sure. "It’s based on a crude correlation," he charges, "and as soon as you look at specific examples, it starts to look all wrong."

Krugman argues that high debt doesn't cause slow growth; rather, it's the other way around. In the case of Japan, he writes: "surely we believe that Japan’s financial crisis is what both slowed growth and increased debt." Something similar applies to Europe, he adds.

As for the U.S., the country is now just under the 90% debt/GDP ratio threshold. Is this something to worry about? No, Krugman suggests, although he doesn't say that directly. But his comments suggest as much. Drawing lessons from history for the U.S. is complicated by the fact that the previous instance of a 90% debt/GDP ratio was just after World War Two, which did in fact witness slow growth. This is a bad example, Krugman advises, mainly because the country was winding down from a war stance.

The Reinhart and Rogoff study acknowledges that war tends to boost debt, explaining,

In principle, the manner in which debt builds up can be important. For example, war debts are arguably less problematic for future growth and inflation than large debts that are accumulated in peace time. Postwar growth tends to be high as war-time allocation of manpower and resources funnels to the civilian economy. Moreover, high war-time government spending, typically the cause of the debt buildup, comes to a natural close as peace returns. In contrast, a peacetime debt explosion often reflects unstable underlying political economy dynamics that can persist for very long periods.

It's hard to prove anything definitive in economics, and so there's always reason to doubt a given relationship. Consider the fierce debate over the business cycle and the stock market. The S&P 500 has a tendency to peak ahead of recessions. Some say this is evidence that the stock market anticipates a downturn in the economy. The implication: the market's pricing in a perceived threat of a future shock. But another school of thought charges that a falling stock market—the proverbial popping of "the bubble"—triggers the subsequent economic downturn, or at least is a contributing factor of some consequence.

It's almost certainly wrong to say that reaching a 90% debt/GDP ratio always and forever guarantees slower growth. There are always exceptions, and perhaps the U.S. will beat the odds, as it so often has in its economic history. But we shouldn't be too quick about dismissing the relationship identified in the Reinhart and Rogoff paper. The study crunches the numbers on 44 countries going back 200 years. Clearly, there's a risk when debt rises. How much of a risk, and the exact relationship is debatable, but it's surely more than negligible.

Krugman's right that closer study is required to figure out if slow growth causes high debt vs. the other way around. But it's hard to imagine that relatively elevated levels of debt are immaterial to the prospects for growth.

Correlation isn't causation. But that doesn't mean that we should ignore correlation when it seems to make sense. The U.S. faces what may be a turning point of critical economic significance. The stakes are high, in part because the red ink is rising and the prospects for growth are questionable. Debt may not be fate when it comes to future growth, but it's a risk factor, and one that may be rising as we write.

The real challenge at the moment is finding the right balance between avoiding the mistakes of the Great Depression while doing all that's reasonable to ensure that the economic recovery continues. This is mostly a monetary policy issue. As Scott Sumner argues (persuasively, in my view), the Fed could be doing more to juice the economy.

Meantime, one has to ask if we're threatening growth prospects with higher levels of debt? Maybe. History seems to suggest as much. And since we haven't yet explored the full possibilities of monetary policy techniques, a la Sumner and others, maybe we ought to try before allowing the fiscal deficits to rise further on the assumption that Keynesian stimulus is the only lever left to pull.