Have Americans Learned To Spend Less?

Despite signs of economic recovery, many Americans still haven't returned to their pre-recession spending habits. With a trend of lower spending for Baby Boomers who have seen their net worth diminished during the recession, slow consumer spending could hamper economic growth. See the following post from Expected Returns. 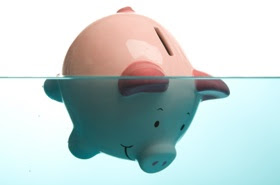 From the Associated Press, Frugality Among Consumers is Outliving Recession:

Even as the economic recovery plods ahead, many American consumers are refusing to come along.

They're not spending freely -- and they have no plans to.

Many of them have steady income. They aren't saddled by high debts. They don't fear losing their jobs. Yet despite recent gains, they've lost so much household wealth that they're far more cautious about spending than before the recession.

Their behavior suggests that the Great Recession may have bred a new frugality that will endure well into the recovery. And because consumers fuel about 70 percent of the economy, their tightfisted habits means the rebound could stay unusually sluggish.

Absent government stimulus, consumer spending would be very weak. Further, the majority of consumer spending is occurring at the higher end. The average American is still not benefitting from this supposed recovery.

Scott Hoyt, senior director of consumer economics at Moody's Economy.com, notes that baby boomers, in particular, enjoyed spending sprees for most of their adult lives as their assets steadily grow.

"But the recession changed that," Hoyt said. "Many have retirement and children's education looming. All of a sudden, they see their balance sheets decline in a way they've never seen before."

The hunkering down of Baby Boomers is a secular theme that will weigh on economic growth. We are seeing nothing more than aesthetic improvements in net worths via the printing press and $1.6 trillion dollar deficits.

We are at the very beginning of the trend of lower consumption from Baby Boomers. As inflation becomes more of an issue moving forward, Baby Boomers will become much more conservative in their spending habits. This is especially true since Social Security payments will likely lag behind real inflation.

Government-created distortions of the economy are masking the weakness in organic demand. The illusion of a stable economy can persist for only so long, and it's only a matter of time before the market can not bear the massive issuance of debt any longer. At that point, bond spreads in America should follow the pattern of Greece and widen drastically in a relatively short period of time. All Americans will then be forced to live within their means, and our bubble economy will deflate over a protracted period of time.

I think it is a good thing that we have learned to be a bit more careful with our disposable income! Consumer debt is never a good thing except for the credit card companies.