The euro fell to its lowest level in a year as top economic leaders voiced concerns about the potential end to the currency. Paul Volcker commented on the lack of fiscal discipline of some countries in his speech in London. See the following post from The Mess That Greenspan Made. 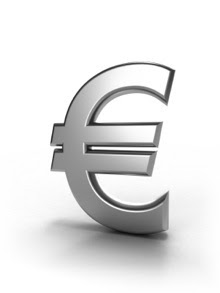 nths (a period of turmoil that seems like it’s been going on a lot longer than that) and the more recent $1 trillion bailout package announced on Sunday.

“You have the great problem of a potential disintegration of the euro,” Volcker, 82, said in a speech in London yesterday. “The essential element of discipline in economic policy and in fiscal policy that was hoped for” has “so far not been rewarded in some countries.”

European leaders pledged a rescue package of almost $1 trillion this week to counter a mounting debt crisis and restore confidence in the currency. Former U.S. Treasury Secretary John Snow said this week the euro may need a common fiscal policy to survive, a comment echoed by Norman Lamont, who was U.K. finance minister when Britain opted out from the euro in 1992.

“Will economic and financial distress finally be resolved by looking toward more integration in a closely integrated Europe, politically as well as economically?” said Volcker, who chairs President Barack Obama’s Economic Recovery Advisory Board. “I do have my hopes, as a believer in the euro.”
…
Volcker expressed hope that the euro will survive. “There is strong opinion to keep it going,” he told journalists after his speech at Mansion House, the residence of the lord mayor of the City, London’s financial district. “That does require, I think, changes in the structure of European economic policy.”

The euro hit a new low for the year earlier today against the dollar at just above $1.25, the lowest level in about 14 months. Sometimes it’s hard to believe that it touched the $1.60 mark in 2008, that is, just before all four wheels fell off the global economic wagon.

Of course, gold priced in euros continues to make new highs, yesterday threatening the €1,000 an ounce level before moving lower today to close at €984.