The attempt by some Republicans to get a repeal of the health care law was made more difficult by a nonpartisan economic assessment of a repeal. According to the Congressional Budget Office, health reform will not significantly change the number of jobs and a repeal would increase the federal deficit by $230 billion in the next decade. See the following post from Economist's View.

The CBO knocks down the Republican claim that the 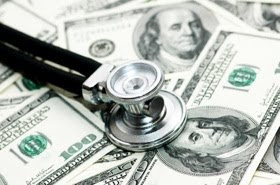 No Evidence for House Republican Charge that Health Reform Is a “Job-Killer”, by Chad Stone and Paul N. Van de Water: Health reform will change the American economy in many ways over the next few decades, but it will not significantly change the number of jobs or the unemployment rate. A nonpartisan economic assessment by the Congressional Budget Office (CBO) finds a variety of possible labor market effects, some positive and some negative, but nothing that justifies the inflammatory “job-killing” rhetoric invoked in House Republicans’ efforts to repeal the legislation.

House Republican claims that the legislation (the Affordable Care Act) is a “job-killer” imply that health reform measures will be a major drag on the economy because they will allegedly increase employers’ costs. But these claims are not supported by evidence, and they are at odds with leading non-partisan assessments of how health reform legislation will affect the economy and labor markets. ...

Unlike House Republicans’ claims that health reform is a “job killer,” CBO’s assessment that health reform will have only modest effects (both positive and negative) on U.S. labor markets is based on an examination of the evidence. ...

The CBO also notes that the Republicans' plans to repeal the Affordable Care Act will cause the federal deficit to increase by a substantial amount. Jonathan Cohn has the numbers:

CBO Paints Grim Picture of Repeal, TNR: ...The CBO is projecting that repeal would increase the federal deficit by around $230 billion in the next decade and by an even larger amount after that.

Wait, there's more. The CBO also estimated how repeal would affect insurance premiums. And, once again, the effect is entirely predictable. Premiums for people buying coverage on their own would fall a bit, but only because people were getting less protective insurance and because many with pre-existing conditions would be locked out of the market altogether. And even though premiums would be lower, many people buying coverage on their own would still end up paying more for their policies, because they would not benefit from the enormous subsidies that the Affordable Care Act makes available.

Speaking of people locked out of the insurance market, the CBO ran the numbers on the uninsured. An additional 32 million people would be expected to go without health insurance, bringing the percentage of non-elderly adults without coverage to 17 percent, which is more or less what it is today.

So there you have it: According to one of our most reliable and nonpartisan authorities, repealing the Affordable Care Act would mean higher deficits plus insurance that is less comprehensive, less available, and in many cases more expensive.

A large increase in the deficit, more expensive, less comprehensive, harder to obtain coverage, and no increase in employment. Heck of a plan.