Bernanke Says QE2 Is Not Contributing To Rising Oil Price

Ben Bernanke says that the Fed's stimulus is not responsible for the rising price of oil. He points to the "quite stable" performance of the dollar in the past few months to support his claim. See the following post from The Mess That Greenspan Made. 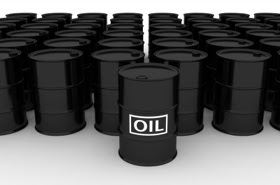 o the Q&A session that followed Fed Chairman Ben Bernanke’s testimony before the Senate Banking Committee today and passes on this summary about the relationship between money printing and the price of oil.

Mr. Bernanke says his quantitative easing policy is not to blame for the sharp increase in the price of oil. Instead, oil’s rise is the result of strong demand from emerging markets. The dollar, he notes, has been “quite stable” in the past few months. One worry in the run up to the Fed’s $600 billion bond-buying announcement in November was that it was going to cause the dollar to fall sharply, which would in turn put upward pressure on commodities like oil priced in dollars. The stable dollar, which has risen since the program’s announcement, implies the Fed isn’t the problem in commodities markets, Mr. Bernanke notes.

Since I didn’t watch this, the exact words are not known to me, but, based on the above, it seems that the most important economist in the world thinks the relative stability of the U.S. dollar against the basket case currency otherwise known as the euro is evidence that the Fed money printing campaign has not contributed to higher commodity prices.

Yes, it’s true that, over the short-term, oil and the trade-weighted dollar often move in different directions and this is an important cue for traders – see the dollar go lower, bid oil prices higher – but there is no fundamental relationship between the two.