Will QE2 Lead To A Crisis Of Confidence?

John Rubino discusses the possibility of financial markets entering a period of volatility where asset prices and interest rates could move sharply in one way or another. This non-linear environment could include a crisis of confidence over US debt obligation. See the following post from Dollar Collapse.

With the election over, there’s no political rationale for the 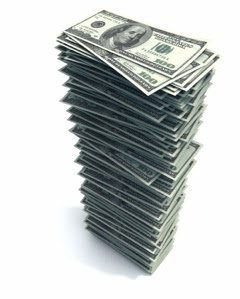 Fed printing another $600 billion. Which can mean only one thing: What they’re seeing must be terrifying enough to make another round of quantitative easing seem like the least dangerous alternative.

It seems again worth highlighting a couple key sentences from ECB President Jean-Claude Trichet’s July 22, 2010 op-ed piece in the Financial Times, “Stimulate no more – it is now time for all to tighten”: “…Given the magnitude of annual budget deficits and the ballooning of outstanding public debt, the standard linear economic models used to project the impact of fiscal restraint or fiscal stimuli may no longer be reliable. In extraordinary times, the economy may be close to non-linear phenomena such as a rapid deterioration of confidence among broad constituencies of households, enterprises, savers and investors.”

The Bernanke Fed is playing with fire here. QE1 was implemented in an environment of deleveraging, impaired global financial systems and acute economic contraction. And, importantly, the dollar was enjoying strong performance in the marketplace as global risk markets suffered from de-risking and general outflows. QE1 had a stabilizing influence, as it worked to accommodate financial sector de-leveraging.

The QE2 backdrop is altogether different. Global markets are these days demonstrating robust inflationary biases. Risk-embracement is back in vogue – speculation is rife. The “emerging economies” and global risk markets have been on the receiving end of massive financial (“hot money”) flows. Meanwhile, the dollar has been under heavy selling pressure with heightened risk of a crisis of confidence. This week’s market activity supported my view that the environment would seem to dictate that QE2 will only exacerbate increasingly unwieldy financial flows and unstable global markets.

What does “non-linear” mean when applied to financial markets? It means we’re approaching a point when the future doesn’t emerge logically and consistently from the immediate past. Instead of asset prices and interest rates moving by typical modest increments, they’ll gap one way or the other. Circuit breakers might close the stock market while some commodities open lock limit up without even trading. Big banks or industrial companies will fail without warning because their derivatives have blown up, while companies in hot industries go public and double on their first day of trading. Some currencies will plunge while others soar, leading disadvantaged countries to impose capital controls and tariffs. And so on — with the US at the center of the storm.

In a non-linear world, rational planning becomes impossible because no one knows where lightning will strike next. And the inflation/deflation debate loses its meaning, says Noland:

In post-announcement analysis of the Fed’s commitment to another $600bn of Treasury purchases, Bill Gross commented on CNBC that “the biggest risk is inflation down the road.” I again disagree with Mr. Gross. The greatest risk is a destabilizing crisis of confidence for our nation’s debt obligations. Our system doubled total mortgage debt in just over six years during the mortgage/Wall Street finance Bubble. Washington is now on track to double the federal debt load in just over 4 years. Federal Reserve policy remains instrumental in accommodating a precarious Credit Bubble at the heart of our monetary system.

This post has been republished from John Rubino's blog, Dollar Collapse.
Posted by: NuWire Investor @ 5:57 AM