Social Security Age Is On The Table For Budget Cuts

Raising the age for collecting social security benefits is on the table as a way to trim the large government deficit. Economist Paul Krugman say that this change would be difficult for labor-intensive workers but Tim Iacono points out that the life expectancy has risen significantly in the past 50 years. See the following post from The Mess That Greenspan Made.

Along with nearly everyone else on the left, Pau 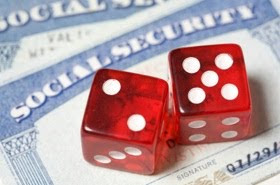 l Krugman doesn’t seem to like anything that has been proposed by the deficit commission, not even what would appear to be the most obvious of all changes – raising the age at which you can collect social security since people are living (and working) longer. In this NY Times op-ed, he explains:

Let’s turn next to Social Security. There were rumors beforehand that the commission would recommend a rise in the retirement age, and sure enough, that’s what Mr. Bowles and Mr. Simpson do. They want the age at which Social Security becomes available to rise along with average life expectancy. Is that reasonable?

The answer is no, for a number of reasons — including the point that working until you’re 69, which may sound doable for people with desk jobs, is a lot harder for the many Americans who still do physical labor.

Let’s do some quick math here… According to Google, life expectancy in the U.S. has risen from 70 to just over 78 during the last 50 years or, roughly, two years per decade. Based on a host of factors in medicine, diet, etc. and given that life expectancy was much lower than 70 in the 1800s and early 1900s, it seems reasonable to expect that this rate of change – an increase of one or two years per decade – will persist for some time to come.

When the average life expectancy is in the low 90s in a hundred years, will it still make sense to begin collecting social security at age 62? How about 200 years from now when people routinely live to over 100?