Does The US Need Protectionism To Fix The Economy?

Professor Peter Morici is doubtful that either party has the solutions to the economy's major problems that include a large trade imbalance that hurts demand for American made goods and suffocates jobs. Rather than tax cuts, or green technology, Morici suggests that certain products be required to be made in the US. See the following post from The Street.

American capitalism is broken, and little that newly 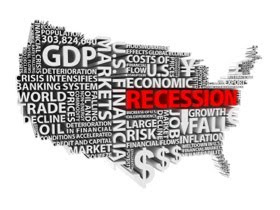 empowered Republicans and surviving Democrats offer is likely to fix it.

From Thomas Edison to Steve Jobs, America was repeatedly transformed by inventors coming up with new products, raising capital and earning fortunes in the marketplace.

In recent decades, the process was enhanced by a U.S. push for global free trade and intensified by domestic deregulation. Sadly, this has resulted in a wide open U.S. market abused by foreign competitors, U.S. multinationals and Wall Street financiers.

China, Japan and others are free to sell whatever they like in the United States, while they rig their currencies to subsidize exports, erect tariff and nontariff barriers to U.S. sales in their markets, and require American companies to give away technology to make and sell products in their markets.

American companies like Caterpillar(CAT_), General Motors and General Electric(GE_) relocate production to China and other places, become co-opted by their foreign hosts, and then lobby against U.S. government policies that would redress these competitive imbalances.

The result is a huge U.S. trade deficit that stifles demand for American- made goods, suffocates jobs creation and smothers the economic recovery.

Only big multinationals have the sophistication and leverage to do business with banking behemoths.

Wall Street has cut off capital to the 8000 regional banks that service small and medium sized businesses that create most jobs in the United States, and these Gotham City giants pay their executives glutinous bonuses for ripping off monopoly profits

Now, about 3,000 of regional banks face extinction, and ordinary Americans can only borrow money at government-run Fannie Mae(FNM_) and Freddie Mac(FRE_) or at extortionist rates on big bank controlled credit cards.

Enter the Republicans with their Pledge to America. Nowhere does it explain how to fix the trade with China and other mercantilists, or the banks. And deregulation and tax cuts will only make the wealthy on Wall Street wealthier.

President Obama's push for green industries won't fix much. Batteries for electric cars, solar panels and windmills simply can't replace most of the jobs lost to imports, and foreign competitors in government protected markets are working on the same ideas.

Redistributing income, a favorite Democratic ruse, through health care subsidies and higher taxes only destroys more jobs. It is reminiscent of Roman emperors giving away grain to restive citizens.

Americans must address the world as they find it, and not as they wish it would be.

The World Trade Organization and many other institutions of global governance have failed and do not serve U.S. interests.

It is not isolationist to say the U.S. government should start looking out for Americans as well as Beijing and other governments look out for their citizens. It's high time to require many products patented and sold in the United States be made here.

The adventurers on Wall Street don't need to be taxed more. They need their toys taken away. Once again, separate the banks from the Wall Street casinos and bust up the biggest banks to restore competition.

Don't hold your breath. Both parties are too focused on 2012 to do any heavy lifting.

This post by Peter Morici has been republished from The Street, a site covering financial news, commentary, analysis, ratings, and business and investment content.
Posted by: NuWire Investor @ 5:50 AM