James Picerno discusses the criticism that quantitative easing will not work and explains that expectations of QE2 have already made a positive impact. Economist David Beckworth points to times in the past where quantitative easing has worked including the stimulus by the FDR staff in 1934. See the following post from from The Capital Spectator. 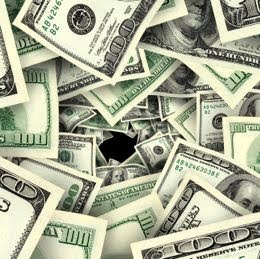 quantitative easing (QE2) to lower medium and long-term interest rates have fallen into two broad camps. One says that the policy won’t work. The second argues that QE2 threatens to create new problems for the economy, ranging from higher inflation that spirals out of control to asset bubbles and other negative consequences. And, of course, some attacks incorporate both of these points.

In another post, I’ll take a closer look at QE2’s potential for creating havoc down the road. Meantime, let’s address the criticism that QE2 can’t possibly work, since nominal interest rates are already at or near zero, as defined by the Fed’s target rate. In fact, that criticism looks unfounded.

QE2, after all, is all about arresting the disinflation/deflationary trend that developed over the summer. By engineering higher inflation expectations, the Fed can minimize if not wholly reverse this risk, which can be considerable if left unchecked. So far, there appears to be support for thinking that something's changed lately, and for the better. Consider that the mere talk of QE2 over the past months has delivered a down payment on the objective of nipping the disinflation/deflation momentum in the bud. Asset prices generally have risen sharply over the past two months. Is that merely a statistical oddity unrelated to the general pricing trend? Not likely, since the Treasury market’s inflation expectations have also risen since early September.

The inflation forecast is now 2.17%, based on the yield spread between the nominal and inflation-indexed 10-year Treasuries, as of yesterday. In late-August, this inflation prediction was 1.5%.

Keep in mind that the market’s upwardly revised outlook on inflation has arrived primarily through chatter about QE2. The Fed’s formal launch of the program is expected to be announced tomorrow, at the conclusion of the FOMC’s current meeting. The message, once again, is that expectations are just as important, if not more important than the actual reported numbers, which arrive with a lag.

Is QE2 going to solve all the economic problems? Of course not. Is it guaranteed to work? No. Are there risks? Yes, absolutely. But all those caveats are no less relevant if we leaned in the other direction and the Fed announced that there would be no QE2. There are always hazards. The challenge is choosing policies that are prudent based on a clear-headed assessment of whether the potential results outweigh the apparent risks, and if a given scenario is likely to fare better than the alternatives.

Accordingly, the central bank is leaning toward QE2. For a more detailed look at the case for thinking this is productive, two posts by economist David Beckworth (here and here) are worth reviewing as a starting point for analyzing the challenge du jour. As a preview, here are two excerpts from Beckworth:

The expectation of permanently higher prices will cause cash-flushed firms, households, and other entities to start spending more today. Right now there is an excess money demand problem that could be stemmed by meaningfully changing the inflation outlook. Those folks and entities hoarding money would on the margin face a greater incentive to start spending given an significant increase in inflation expectations.

QE has been done before in the United States and it worked incredibly well. It was initiated in early 1934 when FDR and his treasury officials decided to (1) devalue the value of the dollar relative to gold and (2) quit sterilizing gold inflows. Now this was a radical move at the time, much like QE2 is to many folks today. The gold standard was viewed then almost as a sacred institution. FDR was going to weaken it and allow prices to permanently increase. How dare he! But that is exactly what was needed, a big permanent shock to inflation expectations that served to stop the deflationary spiral, end the liquidity trap, and allow a recovery in aggregate demand. Now this policy move was backed up with significant and permanent increases in the monetary base over time: it went from about $8 billion right before the policy change to about $24 billion by the end of the 1930s.