Will QE2 Cause Interest Rates To Rise?

John Rubino, author of The Coming Collapse Of The Dollar And How To Profit From It poses his questions about the wisdom of another round of quantitative easing. Some potential outcomes, according to Rubino, include rising interest rates and/or a rapidly falling dollar. See the following post from Dollar Collapse.

It’s been a while since US monetary policy was run 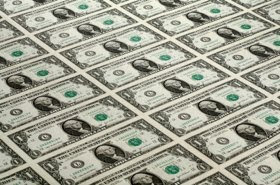 with anything approaching a long-term strategy. For the past decade especially the goal has been to get through the week without a global financial collapse. So it’s probably asking too much to expect the Fed to have thought through the implications of another round of quantitative easing. Consider:

If the Fed dumps another trillion dollars into a market where the prices of gold, oil and food are already surging, how will it keep asset inflation from accelerating?

If the Fed accepts soaring asset prices as the cost of staving off a deflationary crash, how will it keep either interest rates from spiking or the dollar from tanking?

If it chooses to suppress interest rates by buying long-term Treasuries and allows the dollar to fall, how will it stop America’s trading partners from retaliating and pushing down the value of their own currencies?

If all the major economies are competitively devaluing their currencies, how will they prevent asset prices and/or interest rates from going parabolic, leading to energy shortages and food riots in the first case and a collapse of the housing/consumer finance sector in the second?

The answer to the last question is that governments can bend economic laws for a time but can’t suspend them forever. So in the long run they can’t control both asset prices and interest rates. When the supply of something — in this case pieces of colored paper or computer bits called “dollars,” “euros” and “yen” — soars, its price plunges. And one way or another, markets react to restore equilibrium.

This post has been republished from John Rubino's blog, Dollar Collapse.
Posted by: NuWire Investor @ 5:55 AM