How To Increase Business Sales In A Tough Economy

While many businesses struggle to grow sales during a bad economy, a few companies are able to overcome the challenges and increase sales by a substantial margin. Bob Prosen provides tips for increasing your company's sales, even during tough economic times. See the following article from The Street.

If you want to supercharge your business' sales, you should tak 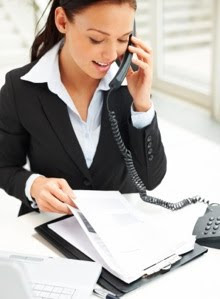 These companies understand there's such a thing as a business cycle, and they adjust their sales strategies accordingly. Instead of blaming periods of economic weakness for poor performance, they put systems in place -- and avoid certain pitfalls -- to grow revenue no matter what's going on with the broader economy.

Hartford Financial saw a 168% jump in revenue during 2009. Sales at small businesses can be torrid, even during economic slowdowns. After all, privately held retailer ModCloth grew its sales 17,000% between 2006 and 2009!

In order to follow these companies' leads, you have to be willing to make tough decisions and hold people accountable for meeting objectives.

Below is a short list that should help ensure your sales team remains at its most effective, profit-making level.

1. Don't Tolerate Hockey-Stick Forecasts Where Revenue Is Projected to Substantially Increase Toward the End of the Year. You can't allow your organization to end up way off plan at year-end. Don't allow the team to continue to forecast success further and further into the future with the hope of making up lost ground by year's end. It rarely happens.

2. Require Weekly Results Reviews. Work from a concise agenda that moves quickly through comparisons of actual results to a plan. Don't accept excuses. If it's in the forecast, it must be delivered. This will teach people to accurately assign probabilities throughout the selling process.

3. Don't Underestimate the Value of Marketing. Even though a company has a great idea, they won't end up in the winner's circle if they lack an effective value proposition and the tools to communicate it to the correct target market.

4. Scrutinize your Sales Team and Weed Out the People Who Don't Close Business. This sounds obvious, but you'd be surprised how many companies suffer because they allow people who just can't sell to remain there.

5. Don't Let Your Sales Team Blame Internal Roadblocks, such as Poor Client Service, Product Quality or Slow Delivery, for Not Making Its Numbers. Listen to your team and quickly address problem areas, but don't allow excuses to stand as roadblocks. Commit the organization to removing legitimate roadblocks so all that remains is the sales team's ability to sell.

6. If Your Sales Team Consistently Comes Up Short, Take a Hard Look at Your Products and Services. Are your products and services inferior to others in the market? Involve the marketing team to help sales understand the competition and marketplace. Equip your sales team with the best tools, training and support so it can effectively differentiate and sell your organization's value. It's a team effort. But ultimately, it's up to the sales leader to deliver results.

7. Don't Allow Your Sales Team to Live Off Renewals. The role of your sales team is to constantly create new customers, as well as to increase its existing share of client.

8. Let Sales Sell. Don't burden your team with internal responsibilities not related to sales or the best members will leave to make more money elsewhere.

If you put into practice the steps listed above, you will increase sales and build a process for long-term success.

This article by Bob Prosen has been republished from The Street.
Posted by: NuWire Investor @ 5:51 AM