The Growth Of Socially Responsible Investing

A new book by Richard S. Levick and Charlie Slack discusses the growing role of social responsibility in the investment market. Sustainable or Socially Responsible Investing (SRI) is estimated to make up 10 percent of dollars invested in the US. See the following post from The Street for more on this. 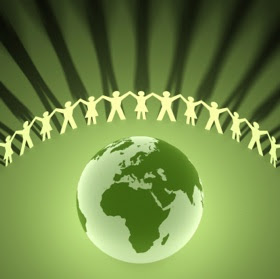 gift to the public schools of Newark, N.J., timed as it was with the release of The Social Network, certainly put corporate philanthropy in the spotlight.

In the aftermath of that controversy it's appropriate to reflect on the larger, systemic role that social commitments play, particularly at public companies where shareholders increasingly insist that the companies they own invest both time and money in diverse global causes. The following commentary on this trend is excerpted from the forthcoming book The Communicators: Leadership in the Age of Crisis by Richard S. Levick and Charlie Slack:

A decade or two ago, it was relatively easy for CEOs to marginalize "socially responsible" or "sustainable" investors as well-meaning minority stockholders whose interests were unrelated to, or even in conflict with, the company's financial health and profits. After all, building long-term shareholder value is a CEO's primary task, and most investors have traditionally been interested in rising share prices and healthy dividends. A company's stance on environmental issues or labor practices seemed far from a priority consideration for many companies.

That's all changed. "Today, you ignore such investors at your peril," says Timothy Smith, senior vice president of the Environment, Social and Governance Group at Walden Asset Management in Boston. Sustainable or Socially Responsible Investing (SRI) now accounts for roughly one of every 10 dollars invested in the United States. These investors, who insist that "value" can't be quantified entirely on a financial bottom line, are as likely to judge you as much on your environmental record or how well your suppliers in developing nations treat their workers as they are on market share expansion. But that doesn't mean they are oblivious to your financial performance or to the health of their own investments. "In the past, there was a perception that they didn't have a central interest in the bottom line. Clearly that's not true today," Smith says.

As past chairman of the Social Investment Forum in Washington, D.C., Smith is one of the leaders of a movement that major investment companies in the United States now increasingly take very seriously. Socially responsible investors are as varied as the causes they represent. One, for religious reasons, avoids companies producing alcoholic beverages or movies deemed inappropriate. Another seeks out companies that have positive environmental footprints. Yet another investor makes decisions taking into account a company's labor practices at home or overseas.

The wide variety of causes and agendas is difficult to track, and it may not always be easy to balance their concerns with those of the great mass of other shareholders. That said, the SRI phenomenon is a potential concrete business benefit for corporations savvy enough to tap that source, for at least two reasons.

First, SRI or Sustainable investors are no longer interested in just scoring social or environmental points. There's a growing recognition by both such investors and companies that responsible environmental stewardship and good corporate citizenship directly impact the bottom line. Repeated studies have shown that "socially responsible" stocks and funds perform as well, or better, than their more traditional counterparts.

Second, because of the very nature of their concerns, these investors represent an early warning system on issues they care about -- providing vigilant companies with the chance to fix potential problems before they mushroom into public relations disasters. A large retailer of clothing, even one with a stated policy of buying only from suppliers with good records of treating indigenous workers, may have trouble monitoring every supplier in every country. A shareholder who advocates for workers' rights could alert that company to patterns of abuse. Would you rather face a shareholder raising the issue in the relative privacy of a conference call or a television expose or viral blog excoriating the company for failing to live up to its own policies?

There are many ways to tap these shareholders. Intel(INTC_), for one, is often singled out as a particularly responsive company because of its full-time Corporate Social Responsibility (CSR) team. The team operates a blog dedicated to "putting social responsibility on the agenda."

Company officials highlight their own social initiatives through regular postings by employees and officers, and invite public comments as well. In addition, members of the team travel throughout the country meeting with shareholder groups specifically to discuss the company's evolving global citizenship.

"They don't just come in and give a PR or traditional investor relations presentation," says Smith. "They ask what agenda items you'd like to cover in the dialogue. It's an interactive experience."

Other companies rely on more traditional methods such as conference calls or by seriously responding to shareholder resolutions at the annual meeting. "Management doesn't have to agree with everything investors say, but it's very important to be paying attention. You can't ignore these issues and let them creep up on you unawares," Smith says. "A company that automatically treats shareholder suggestions or resolutions as hostile is dangerously self-deluded."

This article by Richard Levick has been republished from The Street.
Posted by: NuWire Investor @ 5:52 AM