Fed Presidents Speak Out Prior To Fed Meeting

Atlanta Fed President Dennis Lockhart says that another round of quantitative easing "has to be reasonably large" to meet the goal of making long term borrowing cheaper for businesses and individuals. Dallas Fed President Richard Fisher says that the Fed needs fiscal help for the US to avoid the same fate as Japan. See the following post from The Mess That Greenspan Made. 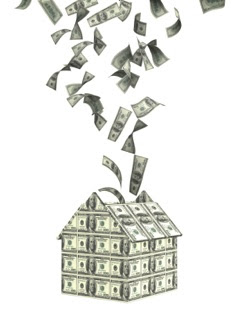 FOMC (Federal Open Market Committee) meeting, it will be all talking Fed heads all the time this week before they all go silent next week, ahead of the policy meeting on November 2nd and 3rd, after which the world will learn just how much money the central bank plans to print up.

Another round of quantitative easing, or QE, “has to be reasonably large” in order to have the desired effect of making long-term borrowing cheaper for both households and companies, Lockhart told reporters following a speech addressing Savannah Rotary Club members.

The central banker, however, did not elaborate on the specific size of bond purchases or when the Fed might launch such a program.

However, he said he expected a “healthy deliberation” among Fed members on the issue at its upcoming meeting in November. Lockhart is a non-voting member of the interest rate-setting Federal Open Market Committee this year.

A quick check of the Federal Reserve Hawk-O-Meter from this item last week puts Lockhart at the boundary between “neutral” and “dovish”, but, since he doesn’t get to vote this year, what he has to say probably isn’t all that important.

[BTW - why are most voting members this year on the left (dovish) side of the scale?]

On CNBC today, Richard Fisher of Dallas also aired a few thoughts on central bank asset purchases, that is, above and beyond the $1.7 trillion they’ve completed over the last couple years. The details are in this report at CNBC:

The Federal Reserve needs the help of fiscal and regulatory authorities if it is to help the US economy grow at a faster pace, Richard Fisher, President of the Federal Reserve Bank of Dallas, told CNBC Monday.

The US will not end up like Japan, which fought deflation and economic stagnation for more than a decade despite keeping interest rates very low for a very long period of time, Fisher said.
…
“This is a deliberative body and we haven’t met yet,” Fisher said. “I’m not going to comment one way or another because I’m just part of the discussion.
…
“We may or may not pursue accommodation … that’s not what businesses are complaining about,” Fisher said. “The Fed can’t do it alone.”

Per the Meter, only Thomas Hoenig and Kevin Warsh are more hawkish than Fisher – both of whom vote, while Fisher does not – so, this could be another case of the regional Fed heads just trying to fill their speech and media appearance quotas as the year nears an end.

Fisher will deliver a speech tomorrow in New York (he must be way behind on his quota) and then Chicago Fed President Charles Evans will speak (no vote this year) along with Narayana Kocherlakota of the Minnesota Fed (no vote either).

Then, on Wednesday, Richmond Fed President Jeffrey Lacker (no vote) and Philadelphia Fed Chief Charles Plosser (no vote) are both scheduled to make speeches.

Hey, how about hearing from someone who gets a vote!

Finally, voting FOMC member James Bullard of St. Louis talks on Thursday as does the voting hawk at the other end of the Hawk-O-Meter, Kansas City Fed President Thomas Hoenig. They should just put those two in the same room and let them figure things out.

Then, everybody gets Friday off.

It should be an interesting week, that is, if you like listening to talking Fed heads.