Peter Morici, a professor from the University of Maryland recommends that the government should create a tax on dollar-yuan conversions to cancel out the undervaluation of the yuan that is causing a wide trade deficit. He argues that the elimination of the trade deficit, that is mostly a result of oil and Chinese imports, would bring unemployment down to 5 percent by 2014. See the following post from The Street. 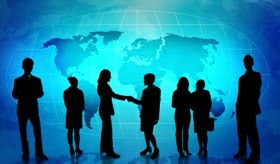 e counted as jobless and many more languish in part-time employment.

Retail sales are up and businesses are replacing trucks, computers and critical equipment but too much is spent on imports.

In the second quarter, imports grew so much more rapidly than exports that the trade gap subtracted 3.5% from the demand for U.S. made goods and services. But for the trade deficit, gross domestic product would have been up 5.2% instead of a paltry 1.7%. At the former pace, unemployment would fall to 5% by 2014.

Oil and China account for nearly the entire trade deficit, and without dramatic changes in policy unemployment will stay near or above 10% indefinitely.

President Obama's efforts to halt offshore drilling and otherwise curtail conventional energy supplies -- premised on false assumptions about the immediate potential of electric cars and alternative energy sources -- are making the United States even more dependent on imported oil and more indebted to China and other overseas investors.

Detroit could build many more attractive and efficient gasoline-powered vehicles now, and a national policy to accelerate fleet replacement would reduce imports, spur growth and create jobs much more rapidly than investments in battery and electric technologies.

To keep Chinese products artificially inexpensive on U.S. store shelves, Beijing undervalues the yuan by 40%. Each day, it prints yuan and sells those for dollars in foreign exchange markets. This artificially increases the supply of yuan available to currency traders and increases the number of yuan each dollar fetches, and in turn, reduces the dollar cost of Chinese imports to merchants like Wal-Mart(WMT_). Annually, those purchases exceed $450 billion, or about 10% of China's GDP, or 35% of China's exports.

President Obama has pleaded with China to stop manipulating its currency, but Beijing shrewdly recognizes he lacks the will to act against Chinese mercantilism; hence, Beijing offers token gestures and cultivates political support among U.S. businesses like General Electric (GE_) and Caterpillar(CAT_) who lead in outsourcing jobs to China and profit from Chinese protectionism at the expense of American working families.

Obama should impose a tax on dollar-yuan conversions in an amount equal to China's currency market intervention divided by its exports, currently about 35%. That would neutralize China's currency subsidies that steal U.S. factories and jobs. The tax could be imposed on other currencies whose governments manipulate currencies to enjoy large trade surpluses.

Even with effective responses to oil import dependence and Chinese mercantilism, most small businesses need credit from the 8,000 regional banks to expand.

Unfortunately, the Treasury used the Troubled Assets Relief Program to recapitalize Wall Street banks and trading houses, like Goldman Sachs(GSK_), which then recorded big record profits in 2009 and paid record bonuses with taxpayer money in 2010.

Treasury did not create a "bad bank" -- an analog to the Savings and Loan Crisis Resolution Trust -- to rehabilitate the Main Street banks. Many of those banks were blindsided by Wall Street trading and the credit crisis, and are now stuck with bad commercial mortgages and securities backed by those loans.

While Citigroup(C_) Chairman Vikram Pandit pays new bank executives $5 million and $10 million a year with its share of the $2 trillion in taxpayer money ploughed into Wall Street by the Federal Reserve and TARP, as many as 3,000 of the 8,000 regional banks may disappear through failure or acquisition by larger brethren.

Washington provided Wall Street with taxpayer cash to monopolize banking. Now those banks are pushing down CD rates the elderly receive on savings, jacking up credit card fees, and setting aside credit for big multinationals that outsource more jobs than they create. Meanwhile, disappearing small banks have no cash to lend the small businesses President Obama say he favors to create jobs.

To fix small banks, Congress should use repaid TARP money and impose a 50% tax on bank compensation over $2 million a year -- paid now or deferred -- to create a Resolution Trust to purchase loans and securities from regional banks. That trust could work out the loans and securities over several years and return a profit to the taxpayers. Smaller banks would then have the funds to lend and stay in business.

Taxes on currency manipulators and bankers and a national policy to build fuel-efficient cars are radical departures from free market principles, but the nation is in crisis.

Deindustrialization is rapidly reaching the point of no return, and the ascent of China threatens Western democratic values globally.

Do Americans really want Beijing making the rules on human rights -- forget about trade -- in this century? If so, let China continue as banker to American decline.

Athens was a much more civilized place than Rome but in end the Greeks were enslaved by their more practical neighbors to the West.

This post by Peter Morici has been republished from The Street, an investment news and analysis site.
Posted by: NuWire Investor @ 5:53 AM