Will Business Owners Hold Back On Hiring If The Bush Tax Cuts End?

Matthew Buckley, writing in The Street, argues that ending the Bush Tax Cuts will hurt employment as small business owners may compensate for paying higher individual taxes by not hiring additional help. The small increase in private sector hiring was unable to keep up with job losses and unemployment increased to 9.6%. See the following post from The Street for more on this.

Thank God, the "summer of recovery" is ove 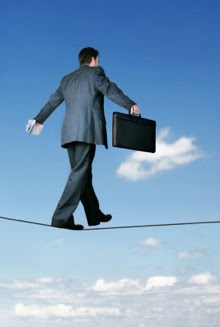 Now it's time for the "fall of despondence."

The markets rallied this morning on a jobs report in which the private sector added enough jobs to be found in my couch and the unemployment number moved higher to 9.6%. Good thing we rammed that stimulus package through or unemployment would've risen over 8.5%.

Speaking of unemployment, one more person is either going to stay on the government dole or remain unemployed and this depends upon what the administration does with the Bush tax cuts.

I'm amazed that the main stream media has labeled the former president's economic stimulus plan as the Bush tax cuts. I'm looking forward to the fair, balanced coverage of this president's plan when they begin calling his plan the Obama tax increases.

As a small business owner I planned to hire an executive assistant and recently posted an ad looking for potential candidates. I was overwhelmed by the response and shocked at the quality of people applying: college graduates, professionals willing to work for a fraction of what they normally would, etc. This was a sobering experience as to the true state of the economy. .

I planned on moving forward and hiring someone for this position but I received some disturbing news from my account this week. If the Bush tax cuts expire at the end of the year, I will personally take a hit for $18,000.

There goes a job.

I will not hire someone if my wallet will get lighter by what I was planning to pay someone. Make sense Mr. President? I'll make do with what I've been doing. Yes it isn't the highest and best use of my time, but $18,000 is $18,000.

If the goal is to keep people out of work and dependent on the government for assistance, the president should keep doing what he's doing. Politicians occasionally wake up when their jobs are at risk; so hopefully they will begin to recognize that they're using the wrong fuel for the current system.

Small business is the engine that will pull us out of this mess and unless the Obama administration recognizes this fact, we are destined to wallow in our current economic woes.

Firing line: I wonder what better use the government can find for this $18,000 than me. I know: They can use it to fund the prosecution of Arizona for enforcing laws that the federal government is failing to enforce. How's that? Time for my morning Motrin.

This post by Matthew Buckley has been republished from The Street.
Posted by: NuWire Investor @ 5:58 AM