Why Investors Should Ignore Warren Buffett

Eric Rosenbaum from The Street discusses whether investors should still pay attention to what Warren Buffett says following his remarks that the US economy would not have a double dip. Buffett himself told congress that even the smartest people in the world can't predict a financial crisis, which contradicts his confidence that there won't be another economic downturn. See the following post from The Street.


The Oracle of Omaha has spoken: no double-di 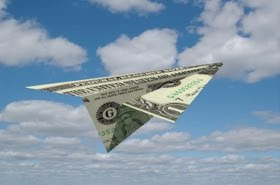 p recession! Berkshire Hathaway(BRK.B) CEO and don of old school American capitalism Warren Buffett predicted on Monday that there will be no double-dip recession and things are all A-OK with the U.S. economic recovery. Did President Obama call in a favor with Buffett ahead of the upcoming elections, and as the powers that be in Washington are fighting over extending the Bush-era tax cuts for Americans with incomes like Warren Buffett?

Warren Buffett's comments may seem like the same old faith in the U.S. economy that the Berkshire Hathaway chief has evinced all along. From saying Berkshire Hathaway's acquisition of railroad Burlington Northern was a bet on the U.S. economy, to investing in Goldman Sachs(GS) at the worst moment of the financial crisis as a way to use his financial might to restore faith in the U.S. financial system, Buffett is the carnival barker for U.S. capitalism, calling all Americans to show conviction in their nation's financial future.

Still, there's a big difference between investing billions of dollars in railroads or an investment bank and opining on the future of the U.S. economy. Buffett put his money where his mouth often is in the case of Burlington Northern and Goldman Sachs, but should it matter to investors when Warren Buffett offers investors rah-rah quotes about the U.S. recovery that aren't backed by huge investments? It's words versus deeds, acting versus action.

Beyond Warren Buffett's comments on Berkshire Hathaway adding workers, there was little in his comments to the famed meeting of the Wall Street titans known as the Montana Economic Development Summit that wouldn't be classified as the typical boilerplate optimism about the U.S. economy.

"I am a huge bull on this country.... We will not have a double-dip recession at all. I see our businesses coming back almost across the board," Warren Buffett is quoted by Bloomberg as saying at the Montana event.

Buffett gets a lot of heat from the financial press that aren't in love -- or in awe -- of him, for being a hypocrite on the issue of derivatives, or over his investment in Goldman Sachs while he berates investment banking as an occupation. However, in this case, Warren Buffett has spoken the words himself that indicate why investors shouldn't pay attention to his bold words on the U.S. economy.

Remember when Warren Buffett was called to testify before the federal government's Financial Crisis Inquiry Commission (FCIC) back in June? Buffett refused to come forward voluntarily, and the feds had to issue a subpoena to get the Berkshire Hathaway chief to show up and provide testimony on the issue of the rating agencies.

Warren Buffett said the feds were wasting his time, and he had nothing worthwhile to offer on the subject of the rating agencies and the financial crisis. Yet when the FCIC began to interrogate Warren Buffett, the Oracle of Omaha kept coming back to one idea. It was clear pretty quickly in his testimony that Buffett was using the old public relations maxim of "answering the question you wanted them to ask, not the one they asked" and that he had a sound bite or two from which he wasn't going to wander away.

Over and over again, Warren Buffett made the point that even the smartest people in the world can't predict a financial crisis, and it's a fool's game to even discuss the subject of a financial crisis and why or how it happens. The Berkshire Hathaway chief went so far as to invoke Sir Isaac Newton in his financial bubble evasions before the FCIC. Buffett noted several times that Sir Isaac Newton invested in bubbles.

The logical conclusion of Buffett's testimony was that any attempt to predict financial downturns are pointless, and anyone who thinks it's a good idea to trust the smartest people in the world for advice on investing are making a mistake, as the best and brightest are still among the ranks of the fallible institution known as humanity.

Sure, it was humble Warren Buffett, no surprise there. The man who may be the richest in America, but was simply a lucky winner in the "ovarian lottery," thinks the humble way to go is to say it's beyond any individual's ability to opine on such intricate forces as the market's ability to take a turn for the worse beyond our ability to see coming.

At least the latest retail sales data released on Tuesday is a tangible economic indicator to support a bull turn in the markets, even if just for a day, and the retail sales gains were having this immediate impact on the markets.

One could make the case that since Berkshire Hathaway owns many retail businesses, Buffett's comments are a qualitative version of the quantitative retail sales data buoying the markets on Tuesday. Buffett didn't make any reference to the retail sales environment in his comments, though. In fact, the only business owned by Berkshire Hathaway which he mentioned in the quoted comments was Wells Fargo(WFC), which Buffett said would love to have another $50 billion in loans out to U.S. businesses now given the economic outlook.

If it's the case that even people as smart as Sir Isaac Newton and Warren Buffett are useless to investors as market prognosticators, then why do the financial headlines scream with every minor word of confidence that Warren Buffett offers on the U.S. economy? The bullish Buffett headlines on Tuesday said the don of American capitalism can't "see" a double dip recession happening, and that's right: by his own words, neither he, Isaac Newton, or anyone else can claim to see such events before they happen.

If the Oracle of Omaha's opinion is that it's best not to offer any words on when a crash is coming, is it any better to offer words on when recovery is a sure thing?

This post has been republished from The Street, an investment news and analysis site.
Posted by: NuWire Investor @ 5:55 AM

I saw this article saying Warren Buffett has not generated any alpha in 10 years:

Does this make sense to you?