Elliott Morss discusses some of the worst errors Obama has made in managing the economy. Several of his mistakes involved poor personnel decisions such as appointing Tim Geithner and Larry Summers, individuals with strong ties to the financial community. See the following post from The Street.

Nobody is happy about the performance of the U.S. 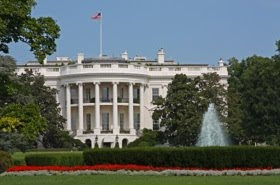 economy and in particular, the lack of job creation. Obama is taking much of the blame, and there is no point in just "piling on." However, it is worth highlighting the President's most important mistakes in hopes that he will do something to remedy them.

A new President must make more than 3,000 political appointments when he comes into power, a tall order. In addition, he must rely on people in other branches of government. This is where Obama made a number of real blunders.

1. Tim Geithner is at the top of the list. Geithner cheated on his taxes, got caught, and paid fines. That in itself should have disqualified him for the Treasury Secretary position since the Internal Revenue Service is part of Treasury. What message does appointing him send to the American people? But there is more: Geithner was in charge at the Federal Reserve Bank of New York at the time of the AIG bailout (under the Bush presidency). You might remember that AIG staff thought they could get banks to agree to settle for 60 cents on the dollar. Geithner said no, pay the banks in full. That decision cost the American taxpayers $37 billion. Yet somehow, Geithner's track record was not enough to deter Obama from appointing him. A bonehead decision!

2. Larry Summers is Director of the White House National Economic Council. Summers started as an academic followed by senior positions in the Clinton administration. Following a short stint as president of Harvard University, Summers started working in the financial industry. Glenn Greenwald reports that before being appointed, Summers:

...collected roughly $5.2 million in compensation from hedge fund D.E. Shaw ...and was paid more than $2.7 million in speaking fees by several troubled Wall Street firms and other organizations. . . .Financial institutions including JP Morgan Chase, Citigroup, Goldman Sachs, Lehman Brothers and Merrill Lynch paid Summers for speaking appearances in 2008. Fees ranged from $45,000 for a Nov. 12 Merrill Lynch appearance to $135,000 for a one-day visit to Goldman Sachs.

Both Geithner and Summers came to the Obama administration from the financial community and will go back to it when they leave government. What was Obama thinking in appointing them? The two operate as a team. They kept Volcker away from Obama and made sure the Volcker Rule (banning proprietary trading by banks) was not included in the financial reform bill.

Geithner and Summers also made sure that Christina Romer, the now-resigned head of the Council of Economic Advisers, had little influence with Obama. Romer had estimated that a $1.2 billion stimulus package was needed. Jeff Spross reports that her resignation was:

driven largely by frustration over her lack of voice in Obama's economic team, and her inability to get input past the firewall of Larry Summers and Tim Geithner.

I am at a loss over why Obama made these two appointments. There are plenty of good economists without ties to the financial community. Things would be very different if Obama relied on James Galbraith, Paul Krugman, Robert Reich, Laura Tyson and/or Paul Volcker for economic policy.

4. There is one appointment Obama should have made that would have made a big difference.
He should have appointed a Stimulus Czar who reported directly to him. The Czar should have focused on prodding the Federal agencies receiving the stimulus money to get it out in a hurry. Of course, the Federal competitive bidding process should have been used to allocate the monies, but a Czar could have speeded up this process.

1. Romer was right: the $787 billion stimulus package was too small. Unfortunately, very little can be done about this mistake now. Congress is incorrectly focused on the size of the government deficit to appropriate more stimulus money.

2. The Financial Reform bill was written for lobbyists to shape as they want. Obama did not put his foot down and insist on the Volcker Rule. So banks will go back to trading, and we could have another banking collapse.

3. The Health Bill should have included a public option : people should have been able to choose an insurance plan negotiated by the government. Again, Obama did not put his foot down at a critical time.

4. Escalating the war in Afghanistan was Obama's final big economic mistake : nothing to be gained -- a lot of good money after bad.

One Ray of Hope

Obama got Bernanke reappointed as head of the Fed. I see him as a good pick for this role. Bernanke has his detractors, and it is unsettling that in 2004, he claimed in a paper that we are in a new era where economic volatility has been permanently eliminated. Oh?

But unlike Geithner and Summers, I see Bernanke caring about his reputation as a professional economist. I might be wrong, but I do not believe he is beholden to the bankers. And he spent considerable time researching the Great Depression. He repeatedly says the Fed will do all it can to ensure a U.S. recovery. The Fed can print a lot of money. I hope Bernanke keeps the printing presses running.

This post by Elliott Morss has been republished from The Street.
Posted by: NuWire Investor @ 5:54 AM