Is $1300 Gold Leading Up To A Collapse In Confidence?

Moses Kim, author of Expected Returns, says that the record gold price is being driven by a collapse in confidence. He predicts major public participation in the gold market which could send prices to between $2,000-$3,000 an ounce. See the following post from Expected Returns.

The annals of history are littered with example 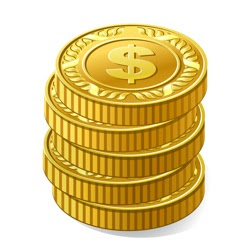 s of collapsing confidence sending the public flocking to gold. A collapsing currency is actually the norm in history. I think back to the Romans and how rising levels of expenditures and taxation led to a debasement of the currency and an utter collapse in confidence. I think back to John Law in France, whose moronic exploits as a central banker are rivaled by only Helicopter Ben Bernanke. I consider the Argentinian experience where collapsing confidence was directly correlated with currency collapse. This is not my imagination- these are events that have been recorded in history. Believe me, history is being made as we speak.

To preempt a truly drastic crash in the dollar, there will probably be a new global currency arrangement. The same geniuses who didn’t see what was coming in the first place are going to gain power. The public is going to be confused, and their frantic actions will give the term volatility a new meaning. These are the type of events you have to be prepared for mentally; you will not be able to react accordingly if you are taken by surprise.

Sometimes even I have to splash some cold water on my face and ask myself: Is this really happening? Are our leaders really as moronic as I thought? Is the bond market really on the verge of cracking? Did the government really implement a tax on gold transactions because they foresee a move out of the dollar? Is President Obama really as unpopular as I predicted in the midst of the madness over “hope and change”, reflecting the collapse in public confidence that is, in fact, unstoppable? The answer to all these questions is yes.

There is no doubt in my mind that gold should be trading at $2,000-$3,000. You can bet that a move to these levels will affect all of our lives. The government is going to be increasingly desperate because their coffers are running dry. Higher levels of taxation in all forms will force people to avoid paying taxes like our good friend Timothy Geithner. Trust me, governments are pretty stupid: they don’t realize that onerous levels of taxation will simply create a move into tangible assets and a trend towards tax evasion. They will learn this lesson the hard way in the years ahead. In the meantime, gold is going to fly.

The move today in gold is being driven by a collapse in confidence. You are witnessing a subtle move out of the dollar, which I have been warning you about. There is incessant talk about how the dollar is the prettiest pig in the trough. This is complete and utter nonsense. If this were true, gold would not be trading above $1300. The dollar would not be down 10% in the past couple of months. The facts are starting to appear in the light of day.

There is going to be major public participation in the gold market. It will only take about 10% of the population buying gold for some major monster moves to occur. At $1300, the veil of ignorance should have already removed from everyone’s eyes. Surprisingly, ignorance persists. Hence I will be buying the next pullback in a big way. There is nothing stopping gold from going where it needs to go. Events are converging perfectly. Confidence is on the verge of collapsing. Epic feedback loops are about to develop. The time for conjecture and forecasts is over. It is just time folks.