How China Has Become The Motor Of The Global Economy

George Soros explains the shift of economic power to China involves government policy that takes advantage of cheap labor and a cheap Yuan to accumulate state wealth. He argues that encouraging China to allow their currency to rise with trade sanctions is not feasible as immense holdings of US debt gives China strong leverage. See the following post from The Street.

China is now the engine that runs the world, relega 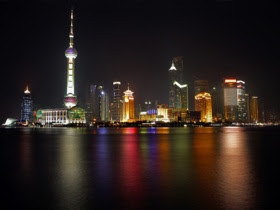 ting the U.S. to second fiddle in both economic power and global influence, says George Soros, the billionaire investor renowned for his ability to anticipate and capitalize on emerging economic trends.

"The shift is phenomenal - I have never seen anything like it," Soros said at a New York event hosted by Reuters. "There is no parallel because the rise of power typically takes decades."

The financial crisis in the U.S. accelerated the power transfer by shutting down the U.S. consumer, whose historically voracious demand previously powered the global economies. Now China is in the driver's seat and the world is running on a supply-side engine, Soros said.

"The Chinese economy has become the motor of the global economy," Soros said. "This is a smaller motor (than the U.S. consumer) and that's why the global system is not growing as fast."

The "state capitalism" practiced in China is based on encouraging Chinese citizens to seek riches by exploiting their cheap labor resources through exports and then the government harvests the accumulated wealth for the state by artificially holding down the value of China's currency, Soros said.

China stumbled onto a "fabulous machine" for skimming the wealth generated by its cheap labor to benefit the state by keeping its currency undervalued through a peg to the U.S. dollar, he said.

The currency tensions with the U.S. cannot be resolved easily because China will not want to do anything that breaks the "machine."

China needs to grow its domestic economy and increase consumption among its own consumers, but this would reduce the power of the state, Soros explained. Now that China is facing inflationary pressure, allowing the currency to appreciate would be beneficial but it would also hurt the powerful Chinese exporters who use their influence to resist change to the currency policy, Soros said.

If China were to allow its currency to be traded in global markets, it would replace the U.S. dollar as the premier global currency, but China doesn't want that because it would "destroy the machine."

There's really nothing the U.S. can do to accelerate the liberalization of China's currency policy, Soros said. Trade sanctions against China and other threats would be destructive to both sides, he said, adding that China's massive holdings of U.S. debt provide great leverage.

This article by Glenn Hall has been republished from The Street, an investment news and analysis site.
Posted by: NuWire Investor @ 5:54 AM