Presentations made at the Federal Reserve’s recent Economic Symposium indicate that some economists and experts think that the US economy may still be far removed from the road to recovery. While the Fed chairman and other nations' policymakers believe that the dust may have settled, economists like Carmen and Vincent Reinhart, believe that close examination of historical and current financial trends indicate that further tough times may be ahead. See the following article from The Capital Spectator for more on this.

Those of you looking for some good bedtime read 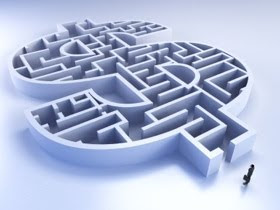 ing might be interested in perusing the papers that were presented at the Federal Reserve’s Economic Symposium at Jackson Hole last weekend as summarized in this item over at FT Alphaville. Much to the dismay of economists around the world, the papers that are presented at the conference are not released to the general public until a few days after the conference is over, so the legions of dismal scientists who were not invited to the Fed confab are now having to play catch up.

While the last paper on the list, Eric Leeper’s Monetary Science, Fiscal Alchemy, makes a good argument for hubris being alive and well in Fed circles as one aspiring maker of monetary policy looks down his nose at those responsible for making fiscal policy (e.g., “monetary policy tends to employ systematic analytics, while fiscal policy relies on unsystematic speculation”), the most important paper is most likely atop the list.

From half of the duo that produced “This Time Is Different” comes After the Fall by Carmen and Vincent Reinhart, a sobering view of how lost decades typically follow extended periods of reckless credit expansion and unchecked leverage. In this Financial Times op-ed, they commented on the goings on in Wyoming and how the worst may not yet be over.

Ben Bernanke, chairman of the Federal Reserve, painted a sober but reassuring picture of US prospects. The basis for sustained recovery is in place, and canny Fed officials are now alive to the dangers of both deflation and inflation. Similarly Jean Claude Trichet, head of the European Central Bank, spoke about how the dust had begun to settle on the crisis. Policymakers and financial markets seem to be looking at what comes next.

Such optimism, however, may be premature. We have analysed data on numerous severe economic dislocations over the past three-quarters of a century; a record of misfortune including 15 severe post-second world war crises, the Great Depression and the 1973-74 oil shock. The result is a bracing warning that the future is likely to bring only hard choices.

They go on to detail what history says about the aftermaths of credit crises, arguing that what we’ve seen over the last decade was anything but “normal” and that anyone thinking we can return to something resembling that “normal” will be disappointed.

This post has been republished from Tim Iacono's blog, Economist's View.
Posted by: The Mess That Greenspan Made @ 5:57 AM